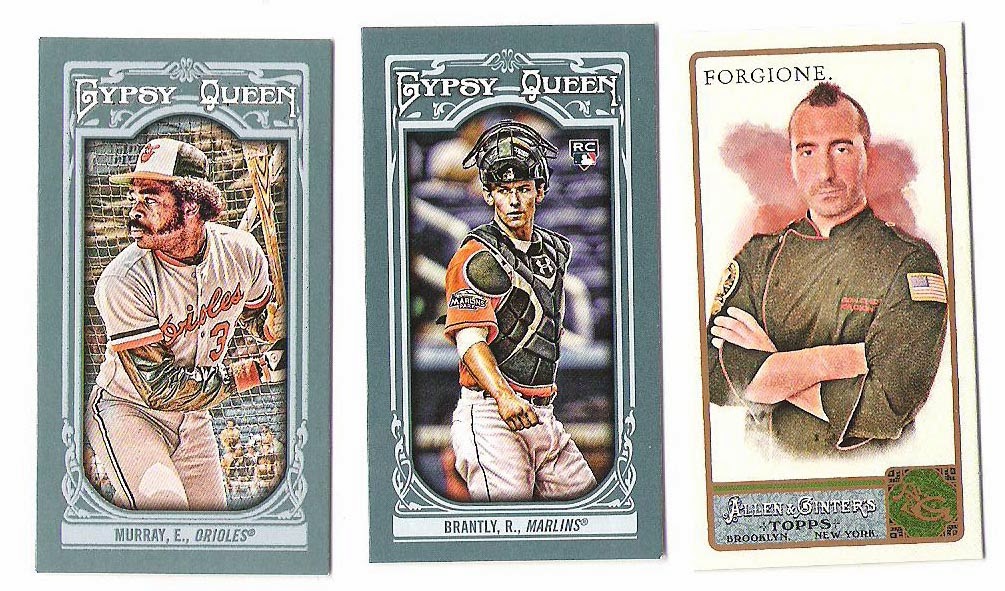 A smaller zistle trade of that cards that came from Los Angeles to the frozen Canadian winter. As someone who appreciates a nice set of sideburns, this Eddie Murray card goes into the sideburn Hall of Fame, first ballot. The same photo was re-used for his stadium club card this year, one I still have to track down. Rob Brantly for the catcher collection, and another chef card. 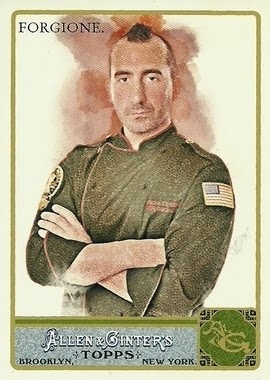 and a full size of Marc Forgione, probably most famous for Iron Chef America, which pales in comparison to the original Japanese version, but can still be entertaining at times. and just to make sure there was a Rockies card in this post, Ellis Burks from 1996 Topps, a very underrated set as far as card design. Thanks for the trade!