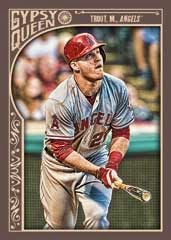 A while back, my top collecting goal was to get all the Rockies from the multi-year, multi-brand Bowman Black Collection Autograph series. This past winter I managed to track them all down, but a new year means new cards, although always new players. In March of this year, my redemption for the Jonathan Gray Bowman Black Collection from 2013 Bowman Draft came arrived, then in June I noticed Jon Gray was again listed in Bowman Inception as a part of the BBC checklist. My first reaction was annoyance at re-using a player from last year instead of another prospect, but after receiving the card, the photo selection on this one is way better, and the prospect I really wanted Topps to use, Raimel Tapia, got a Black Collection card in Bowman flagship this year.
Posted by Rosenort at 15:59 1 comment:

Recent Pickup (or why I don't break high end) 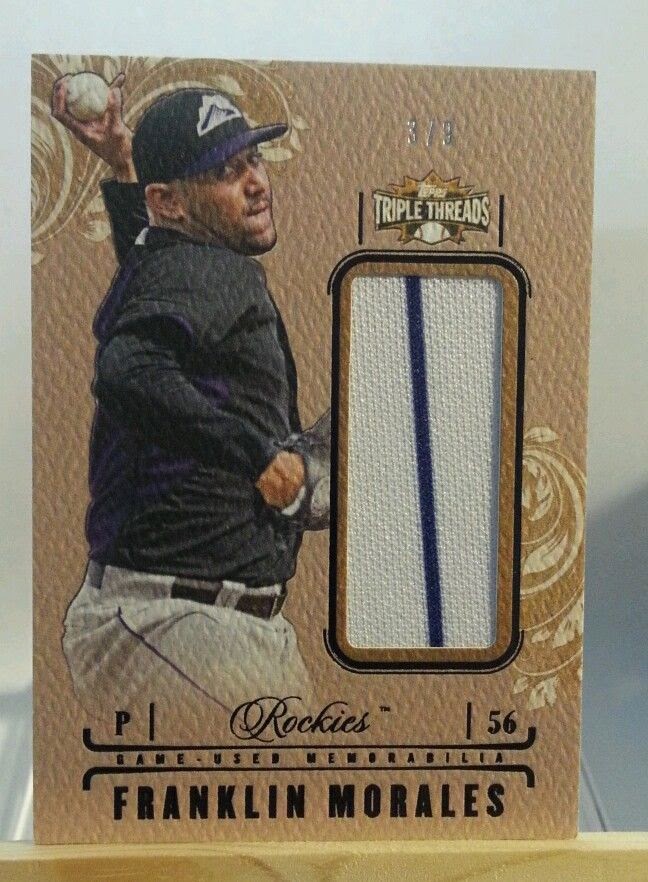 There are few things about Topps high end products such as 2014 Triple Threads that confuse me. One being why there are even base cards in the first place, do we really need another 100 card base set of the same players that are in every base set. Limit high-end to just autos and relics like Inception and be done with it. The second is why players like Mr. Franklin Morales here are included. While having and interesting career, coming up as a rookie starting pitcher for Colorado's World Series run in 2007. Later spending time as the Rockies closer and eventual World Series champ with the 2013 Red Sox, Morales is back with the Rockies as a 6th starter/longman, which in this season from hell puts him second on the team in starts and innings pitched. While this is a nice card, numbered to only 9 copies, even as a die-hard Rockies fan a collector, I only bought this card because of the spring training hat in the photo. I can't imagine the disappointment of a non-Rockies fan, pulling a Franklin Morales card out of a high-end product and selling it, to me, on ebay, for $3.26. Right now you can pick up a box of 2014 Triple Threads at Blowout for 164.95. Keep in mind that only gets you 14 cards. I hope that whoever pulled this Morales, the rest of their pack went a little bit better.
Posted by Rosenort at 12:30 3 comments: 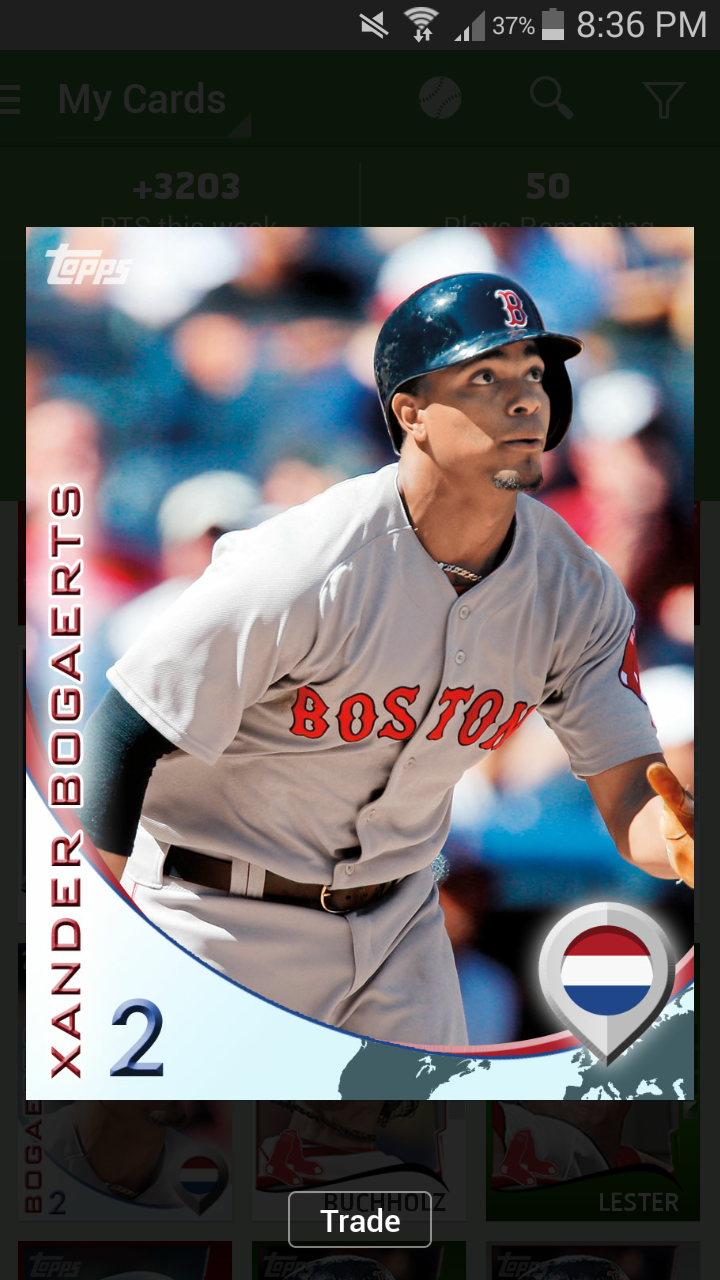 Things are very slow in the card front around here, so after scrambling through the scanned folder I found something that I had totally forgot about. Back in June I downloaded the Topps Bunt app, the virtual trading card game and starting messing around with, buying packs, making a few trades, and it turned out to be a fun little time waster. Then I heard people were actually selling these digital cards on the secondary market. So after pulling an Xander Bogaerts insert I put it up on ebay to test the waters. The auction ended at $7.56, almost 8 bucks for a card that does not actually exist! So with a basically free $7.56 in my paypal I added the card below to my collection. 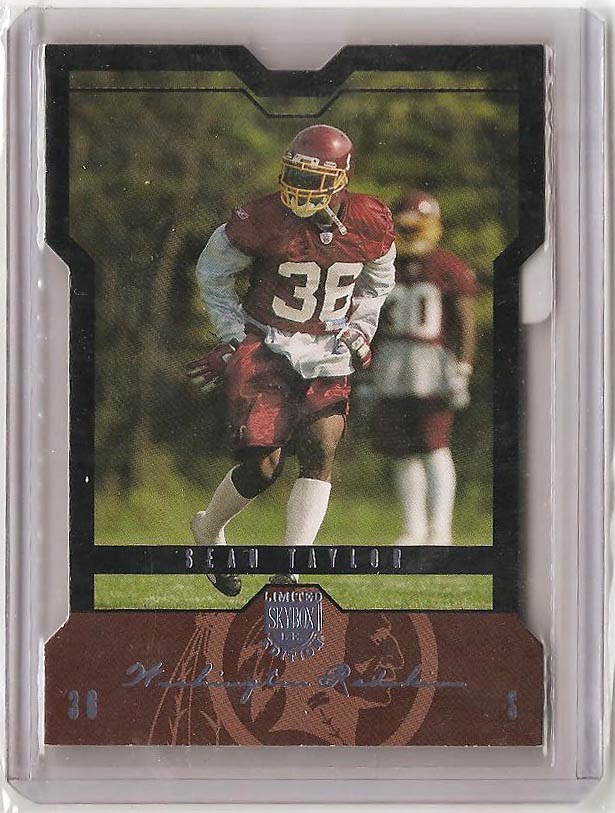 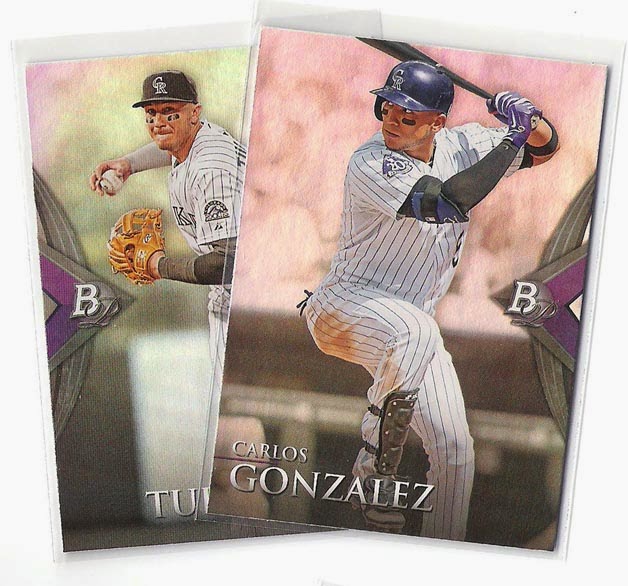 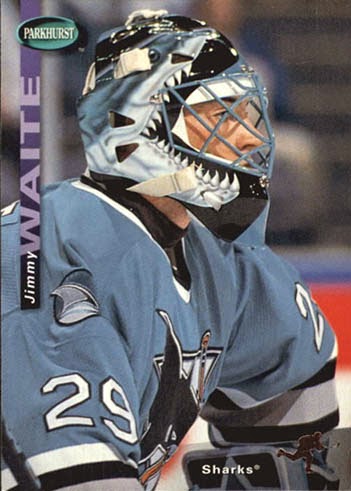 There is starting to be a little more hockey finding it's way into my collection. The most recent Zistle trade was all hockey both ways. Most of my hockey cards are still at my parents house, probably including a couple copies of the card above. The Sharks were always my second team, after coming home from playing games over the winter, I could usually catch the end of the late west coast games, and I got a soft spot for the teal jerseys and the weird Latvian goalie with the equipment that looked like second hand store rejects.