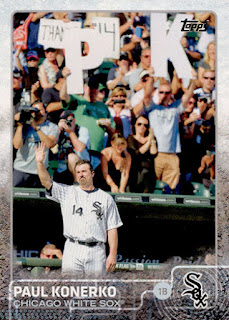 How can you not lead off with this card, being a National League fan, Paul Konerko means very little to me, probably about as much as Todd Helton would mean to a White Sox fan, but this card is amazing. Base card gems like this is what make collecting fun, not low numbered parallels or cards with a piece of cloth that may or not be from a players jersey, cards like this. 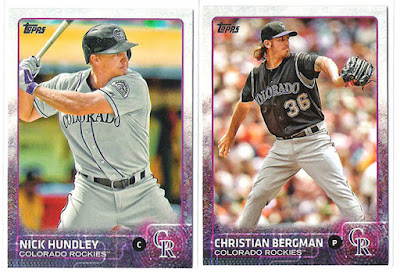 Some more 2015's with Nick Hundley photoshopped into his Rockies cardboard debut and Christian Bergman in what I think should be his rookie card, but with no RC logo. 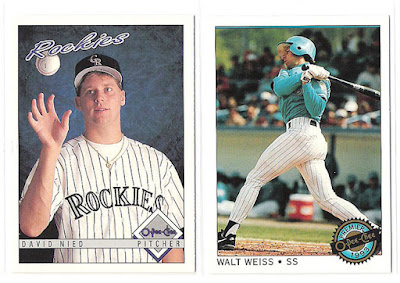 Some early 90's expansion O-Pee-Chee, David Nied discovering gravity and Walt Weiss looking good in Teal. Fun Fact: Walt Weiss was the first player to play for both the Rockies and the Marlins. 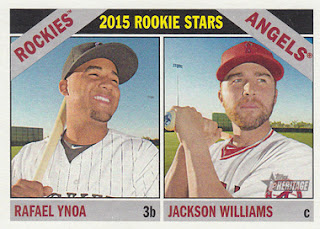 A former "Needed Nine" with Rafael Ynoa and Jackson Williams photoshopped out of a Rockies uniform into an Angels uniform, a team he never played with as he was sold to the Giants in March. 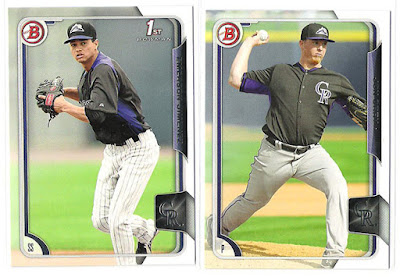 I am not so much excited by prospect cards, as I am about the spring training mountain logo hats, Awesome! 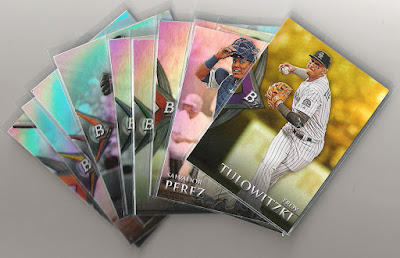 A set I never got to spend as much time with as I wanted, 2014 Bowman Platinum. But, hey, at least we still have Bowman Inception, right?
Posted by Rosenort at 17:27