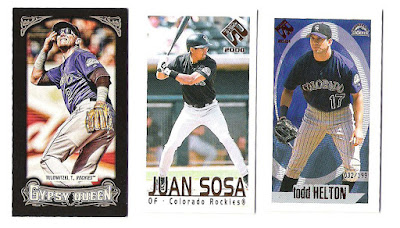 Mini's! One of these is not like the other, franchise icons Troy Tulowitzki and Todd Helton with Juan Sosa in the middle, don't feel bad, I don't know who Juan Sosa is either. 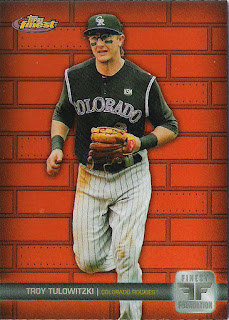 More Tulo, a sharp looking orange card of the former Rockies shortstop (it still hurts to say that.) 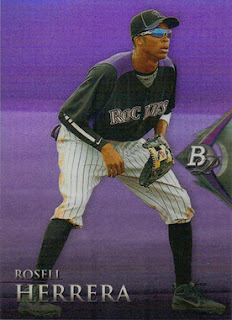 Speaking of cards bought just for the color, the last Purple 2014 Platinum Rockies prospect I needed. 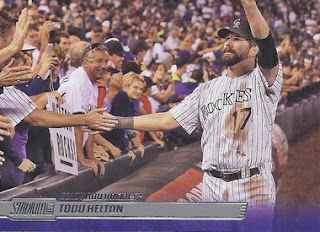 It's still weird to see a Rockies line-up without number 17 in it, a really nice farewell card from last years Stadium Club, and a card the would earn a high spot if I ever revisited the Best Rockies Cards Ever countdown. 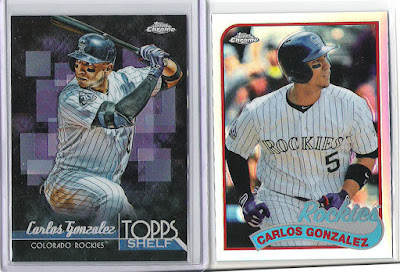 at least Cargo is still around for now. Love seeing the Rockies on retro designs from before 1993. 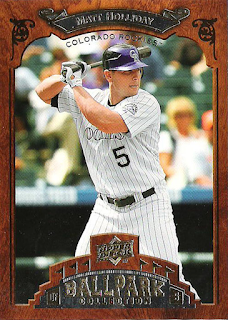 Another former Colorado superstar who was traded away, for a pretty good return though. This set has a real Gypsy Queen vibe that I couldn't resist. 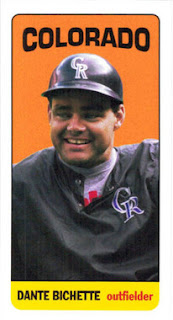 And one for the "How do I store this?" collection. I always thought these were tobacco size minis, but it is the height of a regular card, just skinny. There is no way this will look good in a 9pocket, so of to the Rockies box in a pennysleeve it goes.