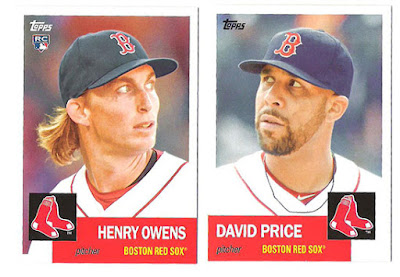 Same days I don't look forward going to the LCS. I know I need supplies and want to support the local guy, but I feel kind of like a douche buying supplies for cards that I obviously didn't buy from him. Not that I don't want to buy from him, but being in Canada it is a hockey focused store and the baseball he does have seems really overpriced too me. So this trip, after passing on the $8.00 packs of Gypsy Queen, I decided to try out some Archives, probably my second favorite yearly set that Topps does. My 3 packs gave me nothing but base and no Rockies (so I borrowed some scans from Zistle), but I did get to rip some wax. 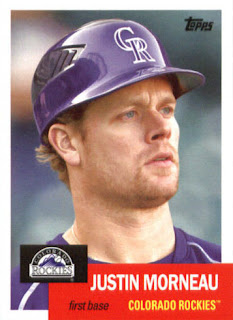 The first 100 cards 1953 Topps, or 2002 Topps Heritage. My least favorite part of Archives for two reasons, we have seen this design on modern cards before, secondly, the reason I dislike Heritage, is that they use boring photos. (Although I do love the Morneau above with the non-earflapped helmet. 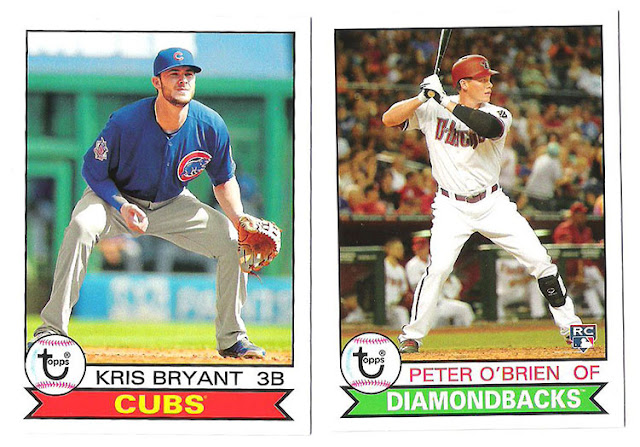 Now we get to what I like, while 1979 Topps is not a exciting design, I really like seeing expansion teams that were not around when this first came out on these design, plus we get into in-game photos. Always nice to pull a Kris Bryant and Rockies draft pick who didn't sign Peter O'Brien. 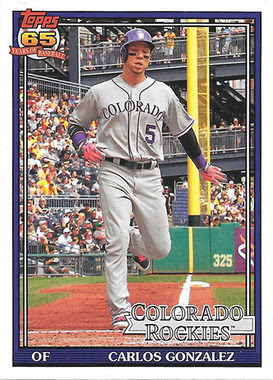 and my favorite part, 1991 Topps. I feel it's an under-rated design and I really like what they did with the Rockies cards. The photo on the Carlos Gonzalez ranks it among my favorite cards of 2016, and way ahead of his Stadium Club this year. 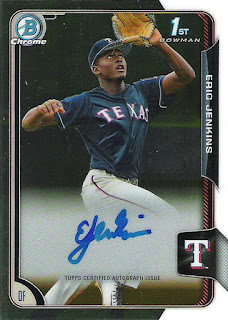 Speaking of guys I have never heard of, here are some more, although the one guy has kind of a famous dad. I honestly can not tell refractors from base chrome in this set without scanning them, so that is why they are here.
Posted by Rosenort at 11:52