The coolest part is the back, some crazy mirror action that the logo's are not backwards and Ellis Burks is batting left-handed. The batting helmet logo on the Bichette gives the photoshopping away, but it's pretty cool they did a whole set like this. 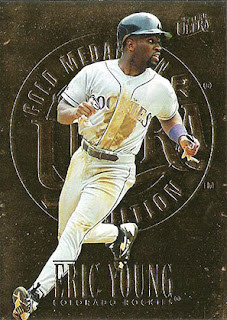 Back when companies knew know to make parallels, Eric Young on a completely gold background from 1997 Ultra. 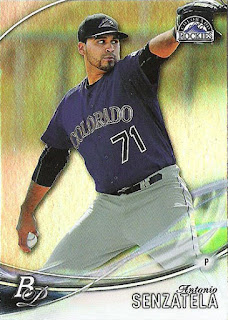 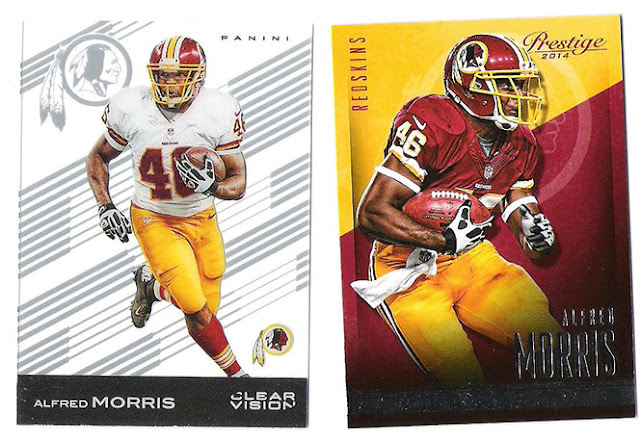 Some Alfred Morris from Panini Clear Vision, and as much as I rip on Panini and this set is a Tek rip-off, Clear Vision is a better football product than Tek. And one from 2014 Prestige, a set that is usually among my favorites design wise every year.

Speaking of Prestige, some 2012 wants from my favorite Football base card design this side of 1992 Pinnacle.

Thanks for the trade, and I hope there are more to come in the future.