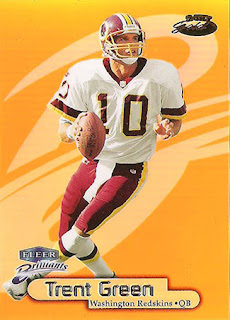 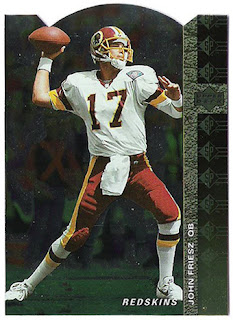 Speaking of back-ups from the Shuler years, Friesz signed with the Redskins in 1994 and started 4 games, back in a time when foil sets were the norm. 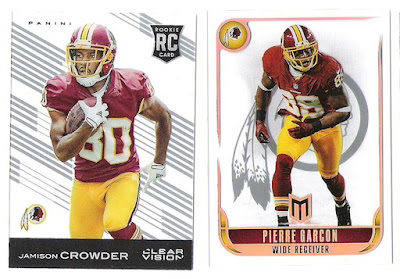 A couple acetate cards from Panini, Jamison Crowder from Clear Vision and Pierre Garcon Clear Cut parallel from 2013 Panini Momentum which would be high up if I did a favorite football parallels list. 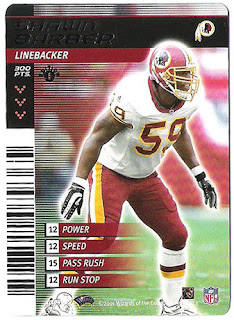 Shawn Barber's only Redskins card, despite starting at linebacker for 4 years, Barber never got a "real" card with Washington. 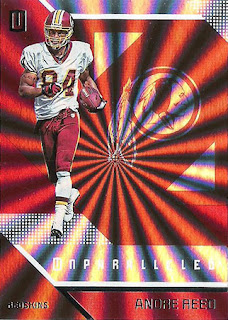 My first Andre Reed card with Washington, no idea why he is not in a Bills jersey seeing as he played in 221 games with the Bills vs 13 with Washington. 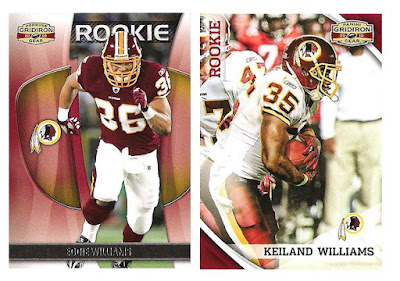 And a couple more for the "One of Every Redskins" with Eddie and Keiland Williams.