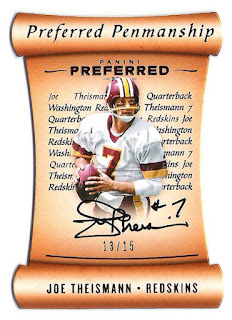 My first COMC package of 2018 comes very early in the year, I had some stuff from the mailbox system I wanted in-hand so I pulled the trigger and got them shipped. The above Theismann being one of them. A beautiful on-card black ink signed auto with a nice looking die-cut. I was pretty happy to get this for around $10.00. 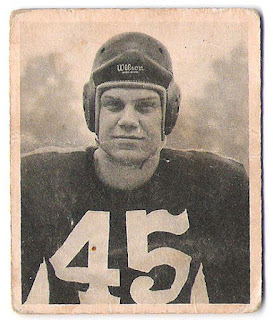 The new oldest card in my collecton, Paul "Beaver" McKee from 1948 Bowman. Not in the best shape, but affordable and a nice addition to my Redskins collection. 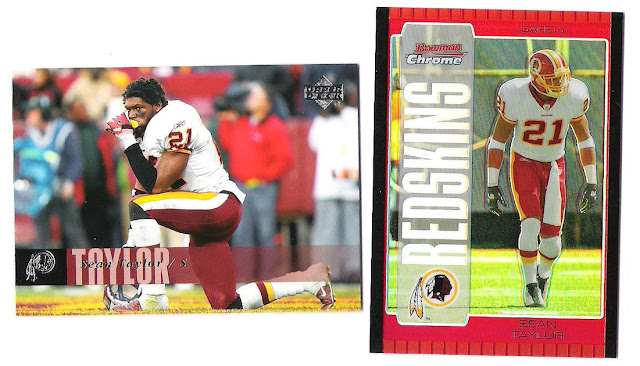 My favorite football set of 2017, Panini XR with most of the Redskins veterans in a red parallel

The start of the Rainbow chase for Josh Norman, the two on the right are the Red and Orange parallels, they are just as hard to tell apart in real life as the scan, good thing they are numbered.

I had the card on the left for years, but didn't pick up the matching "Cel" card until now. It has a tinted transparent center and matched with the base card makes the color picture to the right, interesting enough I broke my "No More Micheal Westbrook Cards" rule. 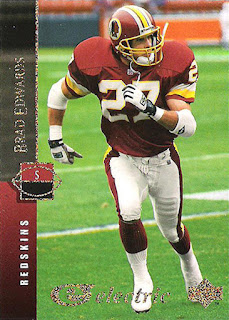 An Electric Gold parallel for my Brad Edwards Super-collection, not sure how rare these are, but they don't show up very often it seems. 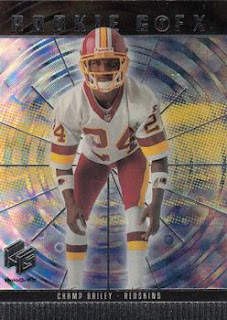 A Champ Bailey rookie with a shiny refractory thing going on. 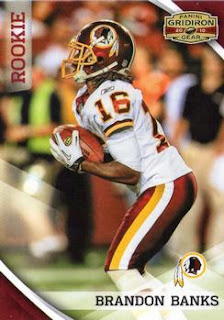 I finally added a Brandon Banks Redskins card to my collection to go along with the few Hamilton Tiger-Cats cards of his I have. 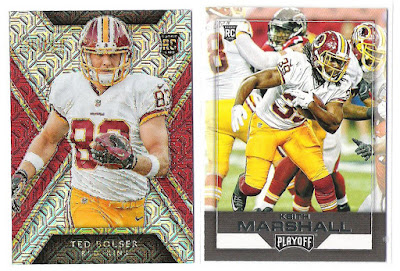 Two "Zero Year" Redskins, Keith Marshall has been hurt for two years and is still on the roster I think, so he might still have a chance to move to the "Actually Played a Game" list. 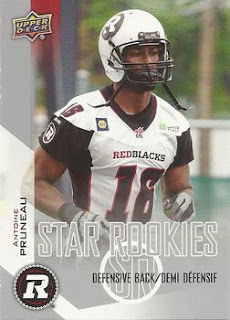 Lasty, one more check off the 2014 CFL list, Antoine Pruneau's first card, but with a picture of Marcus Henry, looking at the both of them, they really shouldn't be that hard to tell apart.