Check Out My .. Football Team Cards? 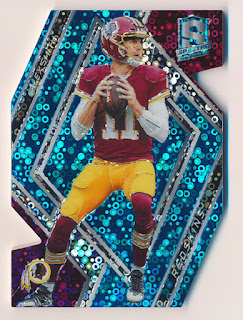 I have mentioned my lack of interest in picking up new products and cards in general, this again shows up in my latest COMC order, which includes a few "COMC Mailbox" adds. Only 30 cards, but I wanted to highlight a few, so you get them all. Starting with the second to last 2018 Spectra Alex Smith I need for the rainbow. Only the die-cut Orange to go.

While Chase Young never actually suited up as a Redskin, a few early products snuck him in with some photo editing magic.

I would rather have the old logo, but the pull of acetate was too strong to pass up.

more acetate along side some old Donruss nostalgia in what I think is my first Panini Instant football card. 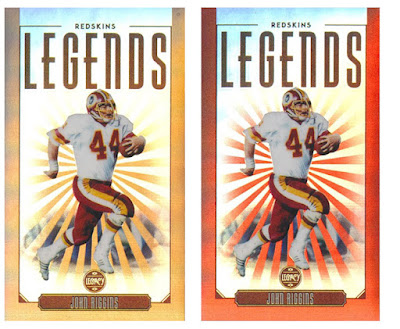 El Riggo on some shiny tobacco size cards, I have a serious lack of NFL minis and will be on the lookout for more of these. 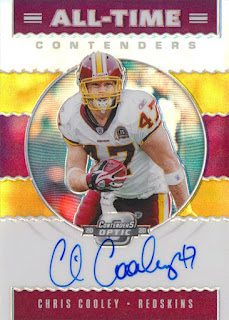 A nice on-card auto of Chris Cooley, with a 75th Anniversary patch on the jersey. Seeing guys I cheered for as an adult show up as retired stars makes me feel incredibly old. 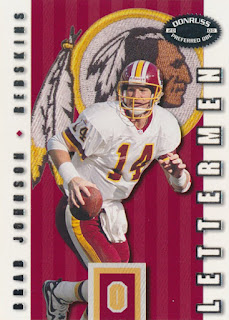 Hard to pass up a card with a giant Redskins logo on it, from a very weird set in 2000 Donruss Preferred QBC.