Starting in the early 1990's the more familiar jaw guard called the "C-Flap"started to appear on cards. Terry Steinbach has several cards from 1989-1991 wearing one. David Justice has a few cards in 1991 with a guard on his helmet. After being hit in the head for the second time in 1995, Kevin Seitzer took to wearing one for the rest of his career and can been seen with one on cards from 1996-1997, his son Cameron Seitzer can be seen with the guard on his 2012 Topps Pro Debut card. Terrence Long has several 2001 cards showing a good side view of the guard and Josh Willingham has one on his rookie card. Most recently Marlon Byrd is pictured with the guard on his 2012 Topps Tier One autograph cards and Astro's Prospect Chris Wallace (full story here) has worn something close to the Charlie Hayes model since getting hit in college. 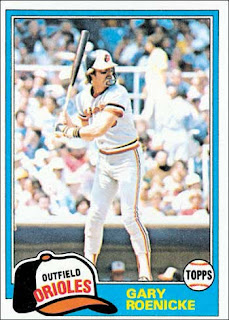 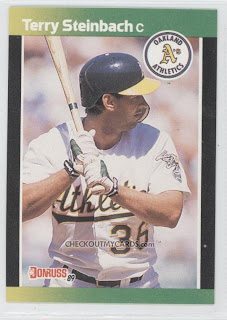 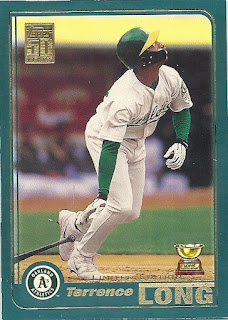 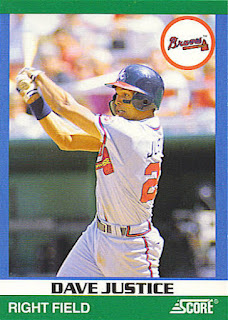 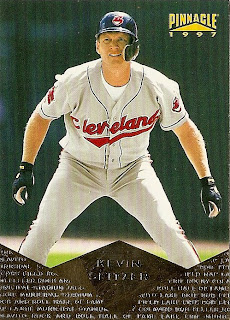 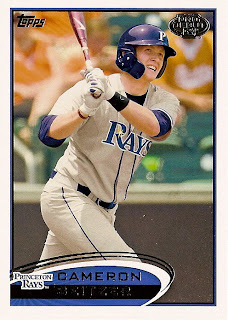 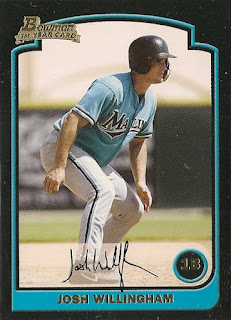 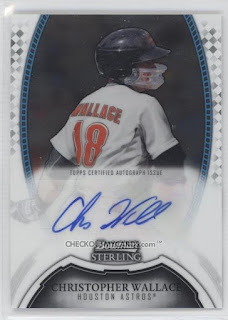