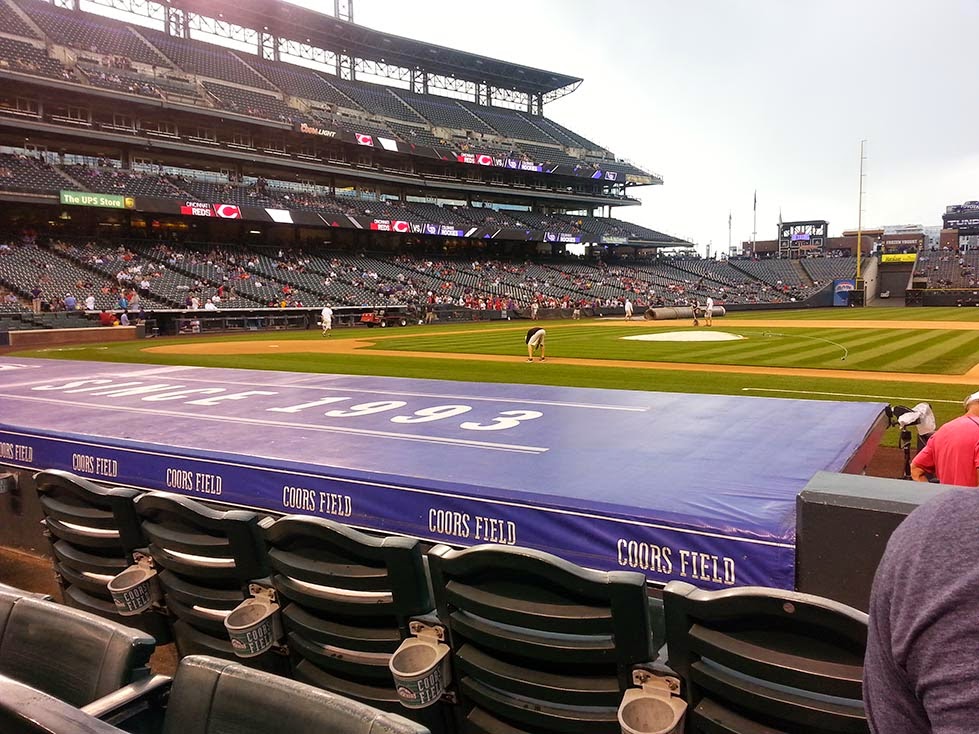 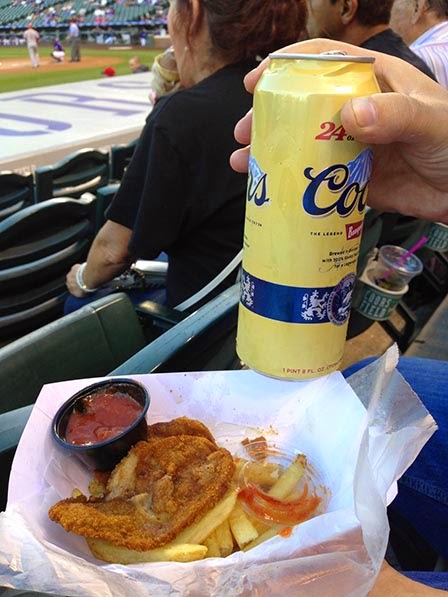 What trip to Coors would be complete without a 24oz Coors and some deep fried bull testicles? 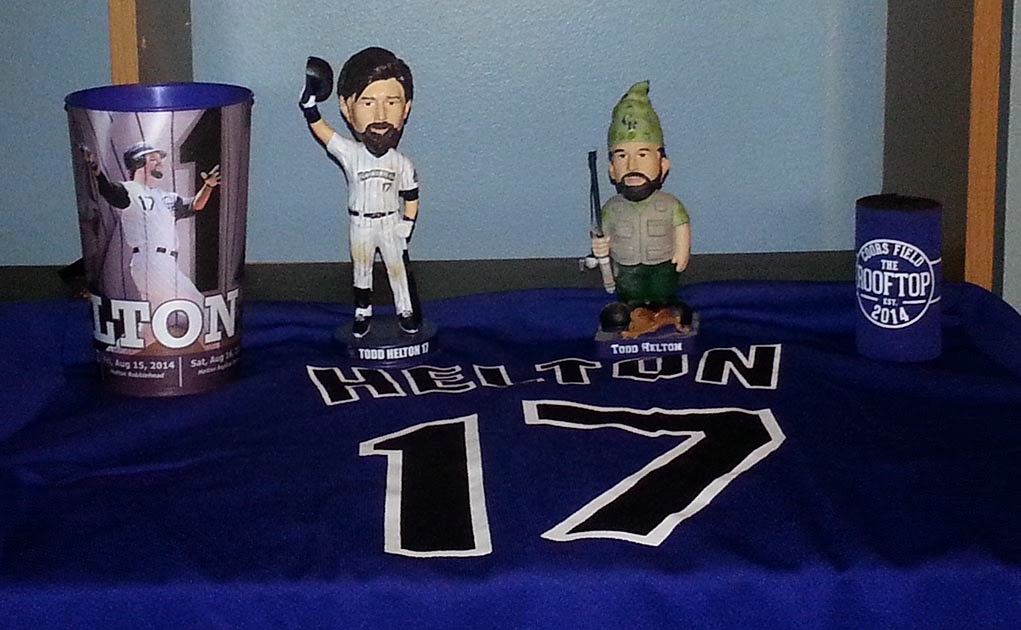 Three of the four games featured giveaways, a bobble-head, a jersey and a bobble-gnome. I brought home a "collectable" cup and a rooftop drink coozie as well. 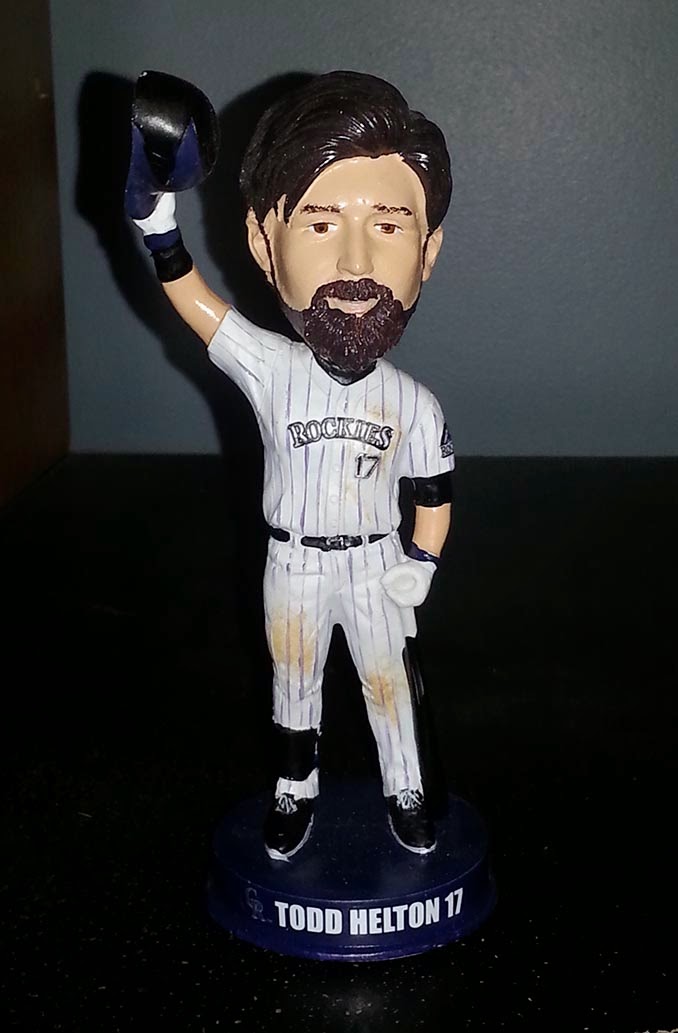 The bobble-head is by far the nicests of the three as the jersey is on the small side and pretty light material. The bobble-gnome trend is something that I really don't get the point of, there seems to be a lot of these around the league. 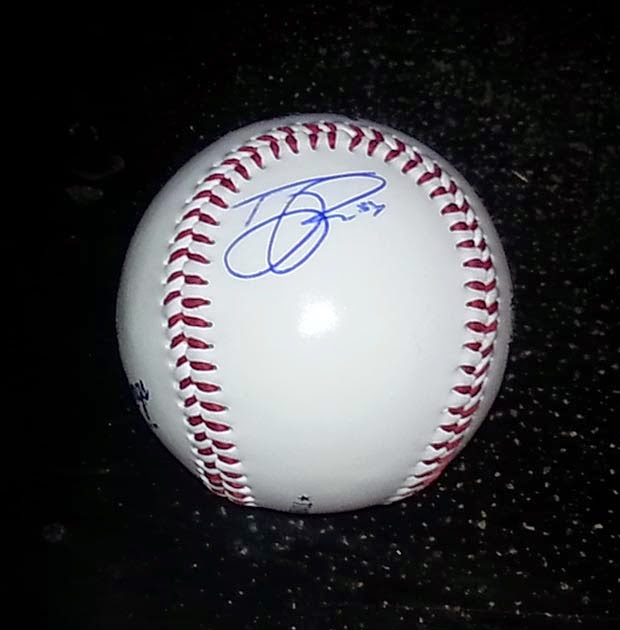 While not a big autograph hunter, Sundays at Coors Field have organized line-ups for autographs, the three player choices were Tommy Kahnle, Tyler Matzek and Brooks Brown, so I went with Kahnle and got a nice autographed ball.
Posted by Rosenort at 11:33