I never shy away from ordering from Japan, for some reason packages come faster and cheaper from across the ocean than from the States. The latest one started with the last 3 Rockies I needed to complete the 2013 Sega Card-Gen team set. The now former Rockie Micheal Cuddyer, along with a 7 star Carlos Gonzalez and one star Chris Nelson, who has bounced around the majors since leaving Colorado. With combined shipping being offered it was time to check for any other interesting goodies, and a couple were found. 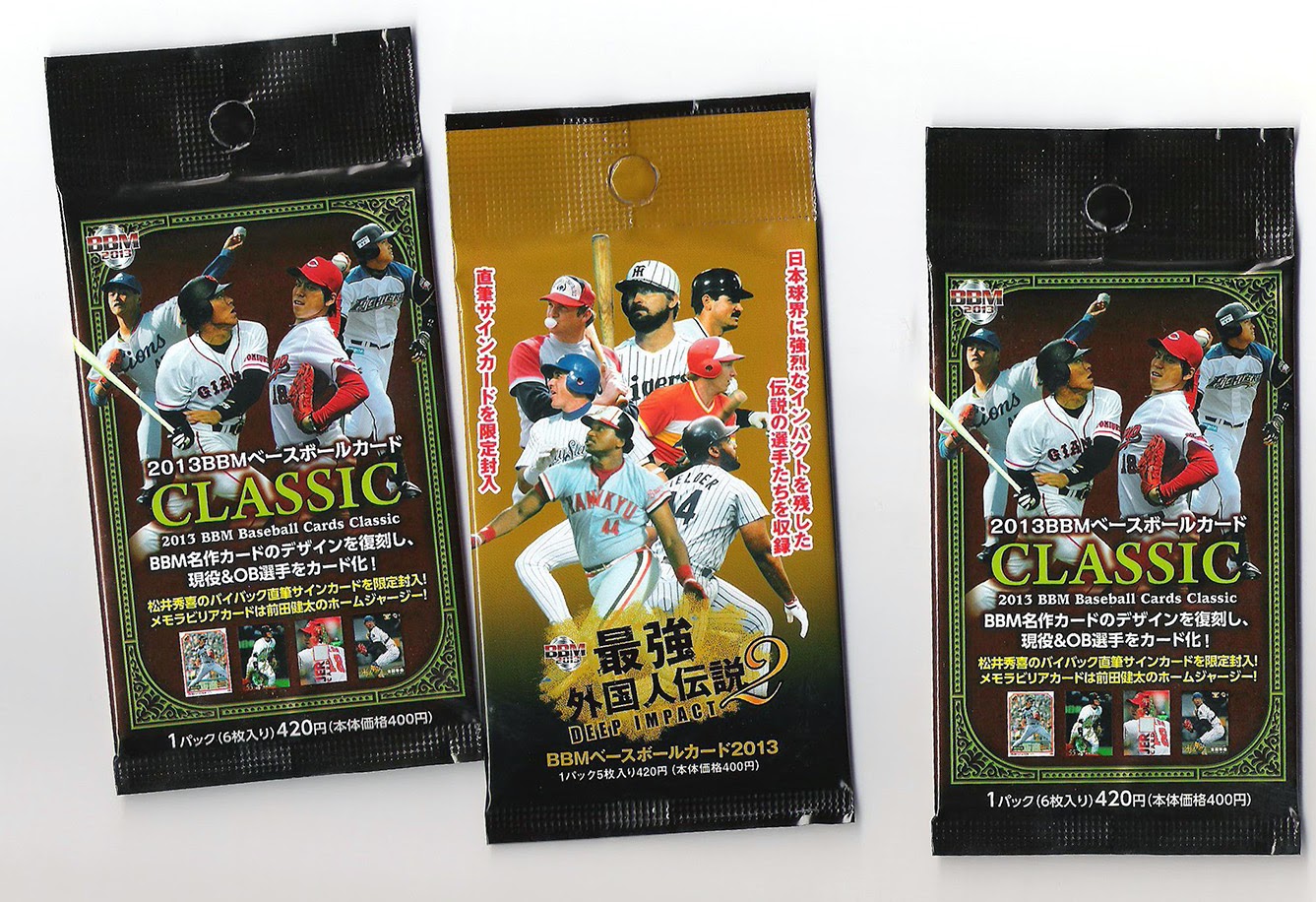 Japanes Packs! I held myself to only two packs of 2013 BBM Classic, and one pack of 2013 BBM Legendary Foreigners 2 Deep Impact. Legendary Foreigners is exactly what it sounds like, Non-Japanese players, playing in Japan, I really wish I would have picked up few more of these on a chance of pulling a Matt Stairs or an "Oswaldo" Canseco. See "This Card is Cool" for the full set. 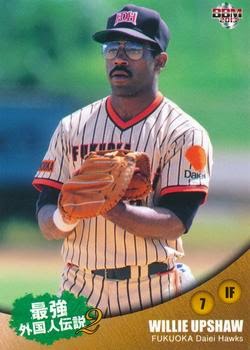 The only player I recognized was former Blue Jay Willie Upshaw, 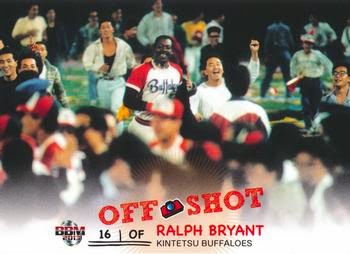 But the highlight was this Ralph Bryant shot with the crowd rushing the field. 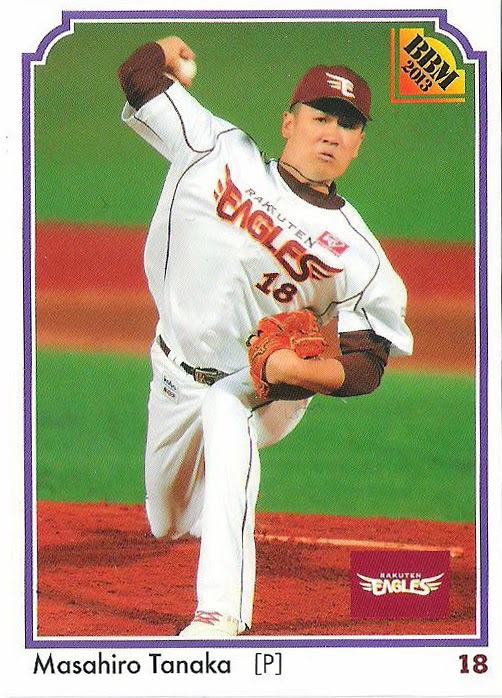 I expected to pull a bunch of players I didn't really know, so this was good to see come out of a pack. The design is taken from BBM 1991, see this "Japanese Baseball Cards" post for more. 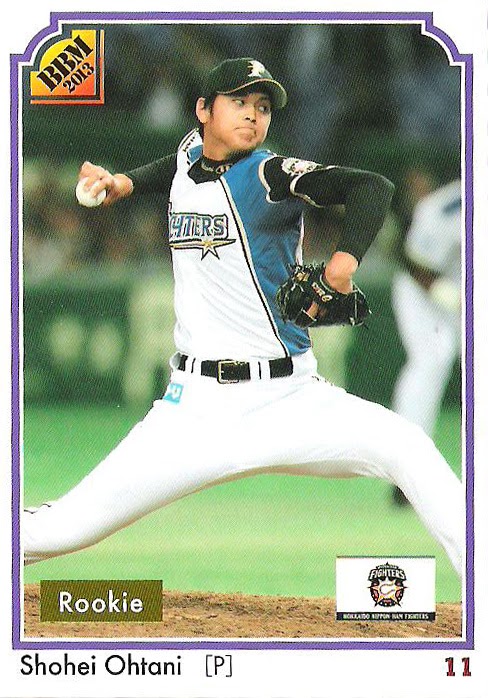 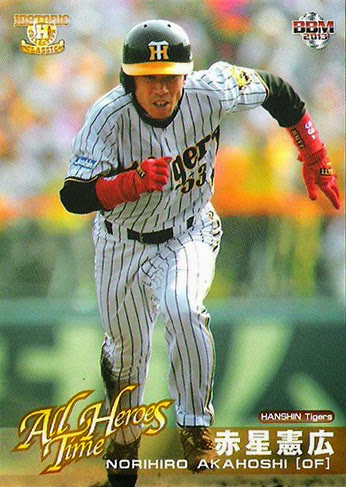 I honestly didn't recognize any of the All Time Heroes from the set, so here is a random scan of Norihiro Akahoshi. 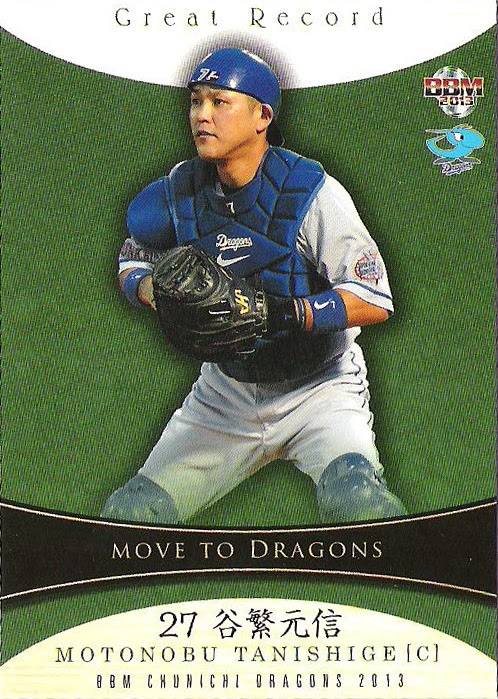 The seller threw in some loose randoms and among them was my first Japanese catcher, Motonobu Tanishige who has caught 2,817 games from 1989-2014. That's 390 more games behind the plate than MLB record holder Ivan Rodriguez.