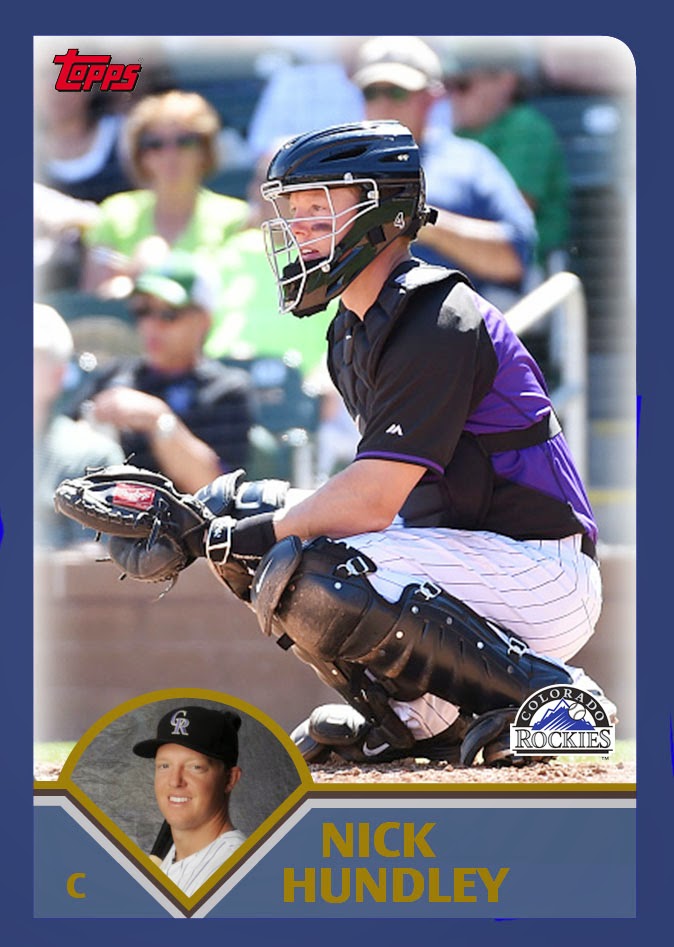 I knew it had been a while since I posted a custom, but I didn't realize that July was the last one. 2003 has been a design that I have tried and scrapped more times than I care to admit, it's the foil, it just doesn't seem to ever look right. I always kind of liked 2003, it's like a moderned up 1983 in a way, and the blue looks good for the Rockies. This time I felt like it was close enough to post, even though the font doesn't totally match.

Nick Hundley comes into 2015 as the Rockies main catcher after Wilin Rosario terribled himself out of the job. I was hoping Hundley would be included in Heritage this year, but this custom will have to do for now.
Posted by Rosenort at 17:33