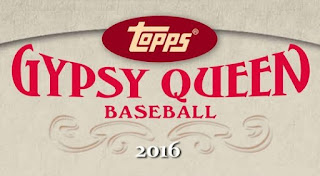 Base Cards 183 of 300 - No doubles, 61% of the base set. I wasn't sure about the design at first, but now that I have them in hand, I really like this years design. Simple and the red text really pops against the light background, a huge improvement over 2015. I won't flood you with base, but a few stood out.

The biggest improvement over 2015 in my books, in game photos. I don't think there was one posed shot in my box, something that was way to prevalent in 2015. 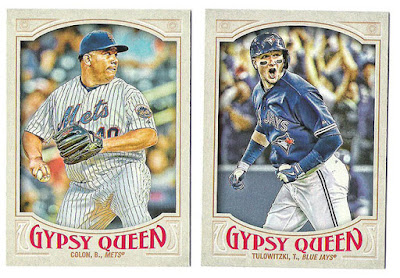 The last Expo and a Tulo that I had to check and make sure it wasn't a photo variation. I am getting used to him as a Blue Jay, but maybe Trevor Story has something to do with that.

I don't know what Mark Canha is running from, but it seems terrifying. Ender Inciarte with a sweet jersey, and there is something about the Arrieta card I love. 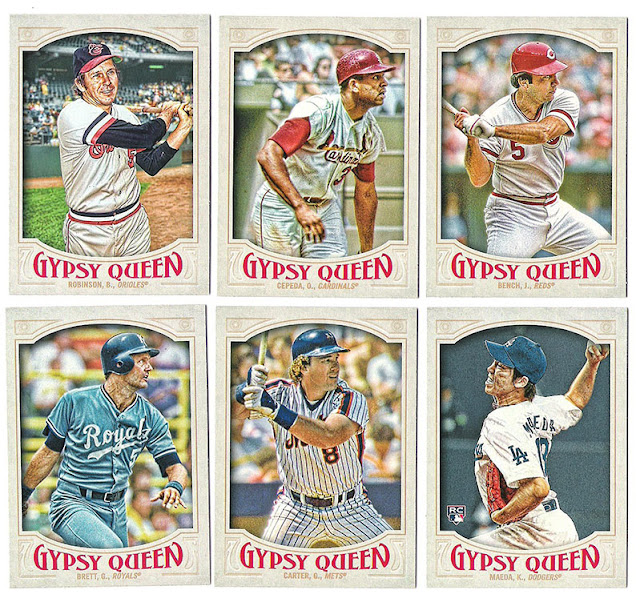 Short Prints - The box promised 6, and I got 6, I was thrilled to get the Kenta Maeda as that will probably be the most expensive one. I hope to get the short prints completed by 2018 as I have just got the last of the 2014's. 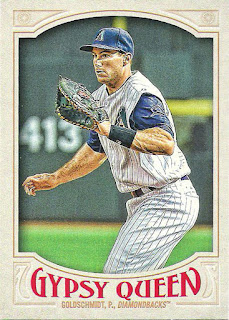 Base Photo Variation: These fall 1:58 so I was lucky to get one, Goldschmidt in one other the 7000 different jerseys the D-backs have. 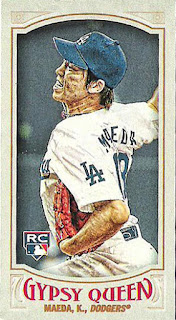 Mini Short Print - Kenta Maeda again, my only short print base mini, these fall one per box so one is it. 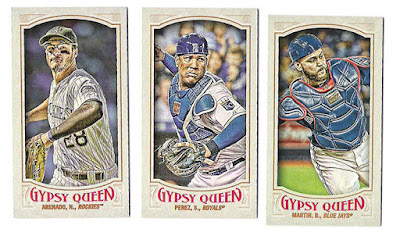 Base Minis - 17 base mini's, like the base cards, I like the design on the minis, the photo can sometimes get crowded, but that is to be expected. 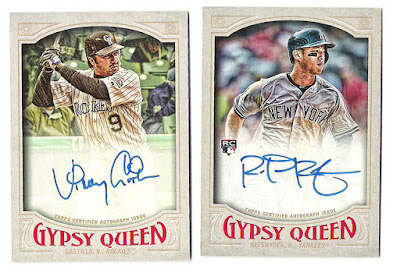 Autographs 2 - Gypsy Queen always does autos well, always on-card and no redemptions this year. Rob Refsnyder was my first pull, leading to disappointment and wondering who the hell is Rob Refsnyder, then redemption (not the bad kind) with a Vinny Castilla. I know only a Rockies fan would be happy with this, but it's a want-list card checked off already, and a rare baseball bad weather photo. 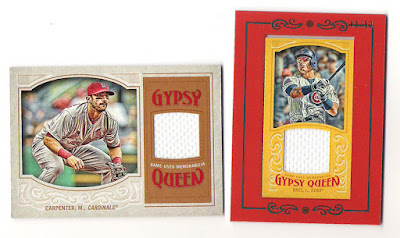 Relics 2 - As well as GQ does autos, I feel they do as poorly in relics. I don't mind the full size cards, but I hate framed relics, what is the point? 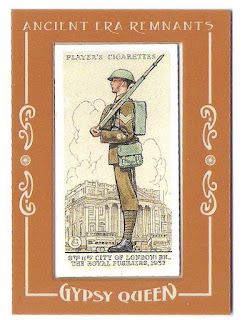 Weird Buyback 1 - Speaking of what is the point, what is this thing. At 1:166 packs these are kind of rare, but I have no idea what it is. It's way to Gintery for me. 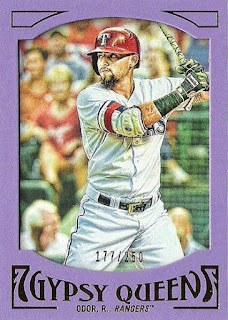 Purple Border - One per box, a nice change from the usual, what Rockies fan doesn't want purple parallels. 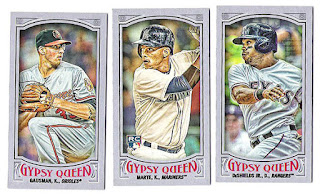 Purple Mini - More purple, these 3 were the only mini color in the box, I feel like they cut back on the mini parallels a little, probably to add the MVP minis. I also wish the purple was darker, these look way to similar to the base. 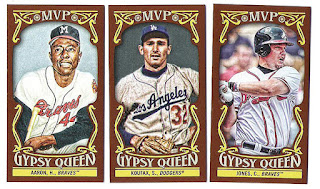 MVP Mini - 3 of these as well, ok looking cards, but I would rather have more mini parallels than these to be honest.

I know it's like asking Willy Wonka if he likes candy, but I like Gypsy Queen, and I like this years offering. I like it so much that I know like 2015 Queen even less. I really miss the black minis, but they were so low numbered last year they might as well have not existed. I did well with the photo variation, the weird buyback and a numbered relic, but this is mostly about set building for me and the short prints mean I will be building this for a while. I really like this years set and think it stack up near the top of Gypsy Queen releases for me, box two and totals still to come.