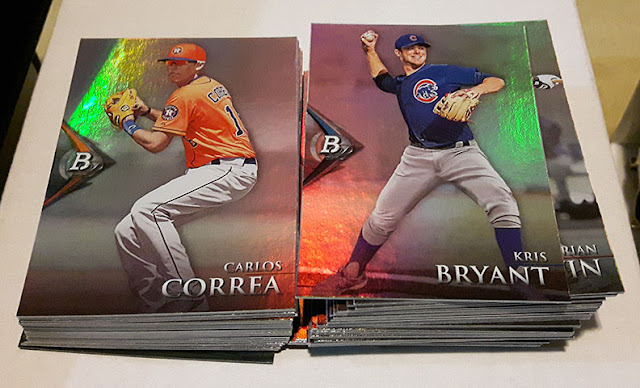 The fat stack above just by itself would be a big trade for me, but that is not all of it, that's just the 2014 Bowman Platinum portion, putting a big dent in my wantlist for a set that I really wish I would have bought more of when it was around. 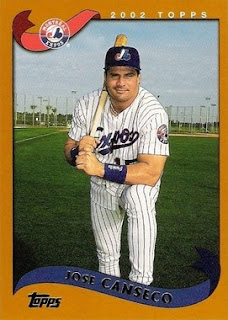 Jose Canseco with the Expos, yes, this is a real card, and yes, I love it. 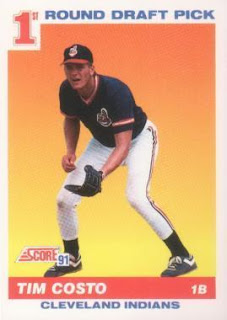 Who has two thumbs and is excited about 1991 Score 1st round draft picks, this guy, and probably Tim Costo. Costo didn't have much of a MLB career, but I heard he will sell you a 5 gallon pail of mustard at a reasonable price.

Pitchers batting, a pre-interleague AL pitcher, Mike Hampton probably hitting a home run and Pedro Astacio has no idea what he is doing. 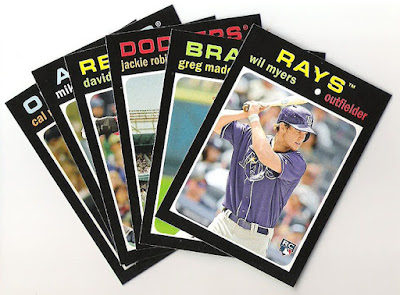 How about some 2013 Topps Update Series 1971 Topps Minis. Dear Topps, cards this size are annoying, stop it, seriously, stop. 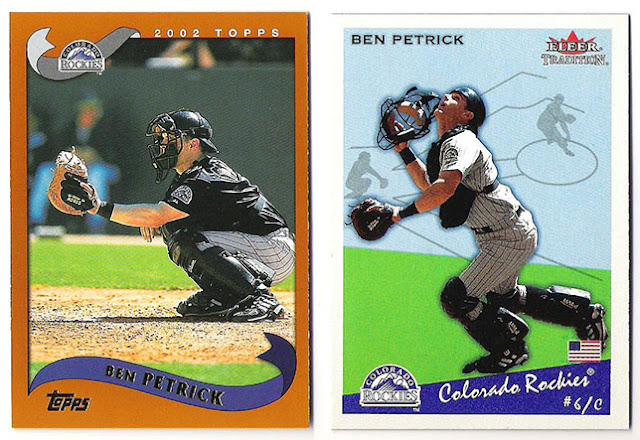 If you don't like Ben Petrick cards, you are probably a communist.

Combined games played for the Rockies, zero. Pete Harnisch is a legit zero-year Rockie (Rocky?), while the rest are Rockies that never were.

And if you think Todd Sears Bowman cards are exciting, just wait until part 2!!!!