At War with Sticker Autos 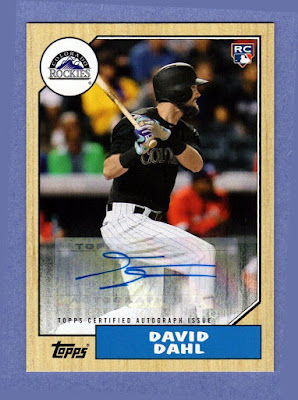 I am old, I like to complain, but this time, I think I have a reason to. Look at the card above, just bask in the glory of the 1987 wood border. Now notice the auto, or rather notice the sticker. Now try to not notice the sticker. You can't, once you see, it ruins the card. Gross, I was pumped for the 1987 style cards, and the base inserts are nice, the stickers ruin it. I know the whole set is not stickers, but the ones that are, are bad. 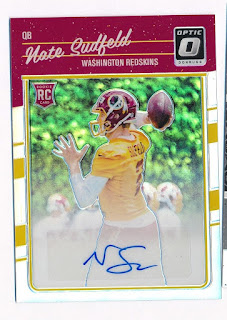 Another use of an old design to make a awesome looking modern card. Another sticker, and these look even worse on the chrome cards. Panini is way worse than Topps on this and it's really sad as a football collector. 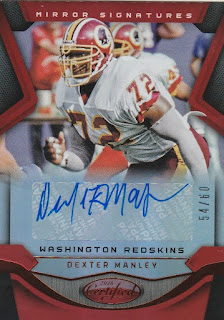 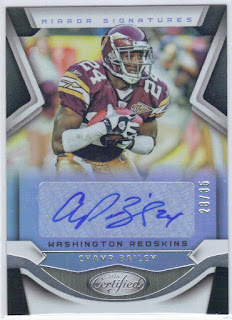 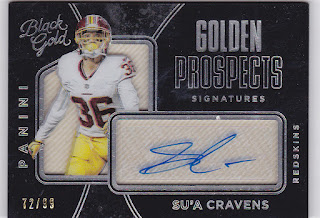 Su'a Cravens has autos in almost every Panini NFL set this year, everyone is a sticker including this super high end Black Gold. Imagine paying over $200 a box and getting stickers, blah. 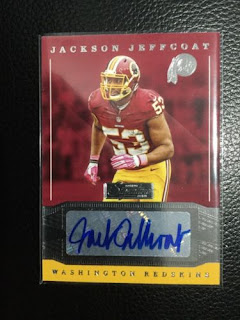 This is a card from a set released in December of 2016. Jackson Jeffcoat has not been a Redskin since April of 2016. Then he went to the Browns and was cut in August. He was not on an active roster for the 2016 season, but you have to use up those stickers left over his autos in 2014. Gross.