Care Package from the Dollar Store 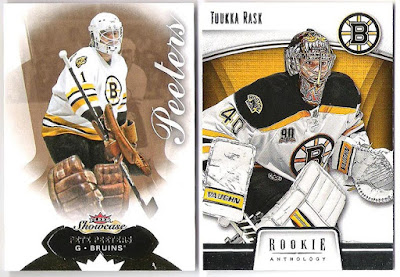 Cleaning up a stack of cards that have been screaming to be scanned, sorted, posted and added to the collection from Sportcards from the Dollar Store. Starting with my favorite, a sweet retro shot of Pete Peeters. I really like the early 1980s goalies on modern cards along with Tuukka Rask with slightly better gear and a Bruins 90th Anniversary patch.

Some really nice Minor League cards of Arenado, David Dahl and one for the catcher binder in Will Swanner. 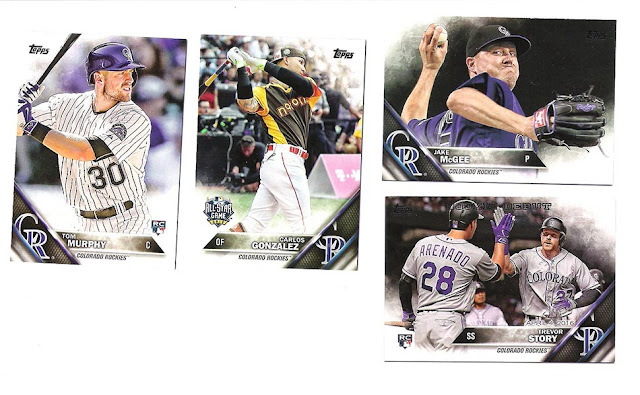 Some 2016 Flagship needs including Cargo in the sweet Padres styled All-Star warmup jersies, and my first Jake McGee.

Some NFL with Jordan Reed on Topps Magic, a set I really liked and just now released that Topps isn't making football cards anymore and the is kind of sad. Andre Roberts who was a "One of every Redskins" need and some set help on 2012 Prestige. 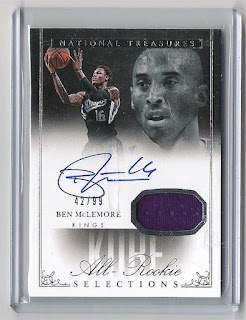 Burying the lead a little by posting this so far down, a amazingly nice on-card auto w/ relic of Ben McLemore for the Kings PC.

and some more Kings with a trio of Boogies and Rudy Gay in the powder blue throwbacks that I am still not sure of.

Mr. Buckstore Cards has always been very good to me, and I have fallen behind in returning the favor, but a return package is currently on route.
Posted by Rosenort at 09:15