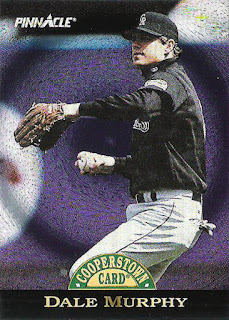 No "saving the best for last here", we are going to lead off with my favorite baseball card of the package, a Cooperstown "Dufex" card of Dale Murphy. The good old Foilly Dufex from 90's Pinnacle, this is a pretty sweet card now, I bet it was a big deal back in 1993. As far as the Cooperstown part, I feel Murphy is HoF worthy, more so than a lot of recent guys that have got in. 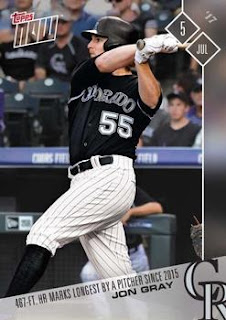 I have said many times that I feel like Topps Now is just another way for Topps to milk collectors and cash in further on Aaron Judge and Cody Bellenger types, but the odd time I lose any willpower that might be hanging around, and this is one of those time. A pitcher at the plate card of Jon Gray's 467 foot homerun this year was just too good to pass up. 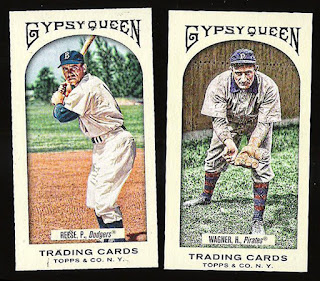 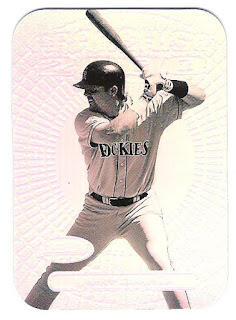 A super-shiny Larry Walker from 2000 Bowman's Best, another in a long line of scanner doesn't do it justice cards. 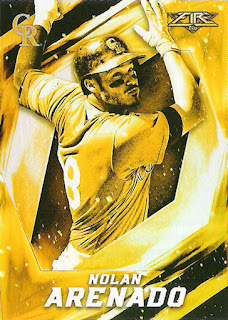 This one actaully scanned pretty well, a Gold parallel from Topps Fire 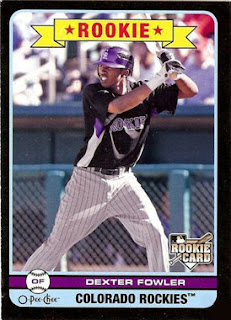 and a Black parallel from 2009 OPC, one of my favorite parallel sets of all time. and finally a Jordan Patterson from what I thought was the best baseball set last year, Panini Diamond Kings.