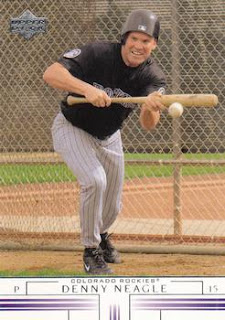 A combination of Sportlots.com withdrawal and a little worry about 2018 postage increases led to finally sorting out the mass of cards in my cart and pull the trigger on a couple orders, presented here not by order, but mixed up by theme to a point. During my current Rockies re-organize and entry to tcdb (R.I.P. zislte) I realized all my Denny Neagle cards were boring, this is no longer the case. I have very few 2002 Upper Deck, but now I have the important one. 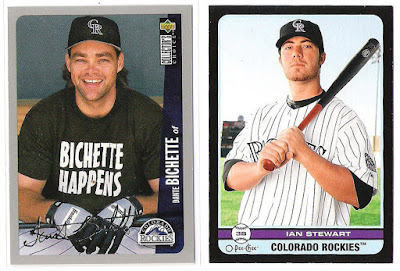 I have had the Gold Bichette and the base for a long time, but the silver has been hard to find, now I finally have the rainbow, in all its glory, along with another Black 2009 O-Pee-Chee parallel closer to the team set. 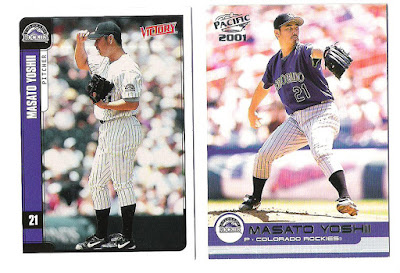 You ever stop and think "I don't have near enough Masato Yoshii cards?", I do, I think that all the time. 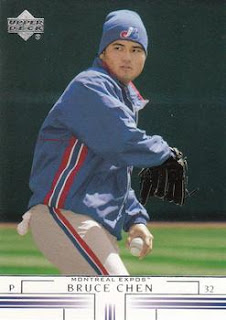 Another 2002 Upper Deck pick-up, Bruce Chen was one of the last active former Expos, the toque really makes the card though. 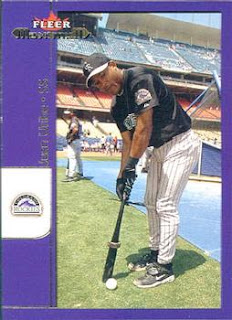 Remember when Juan Uribe was an 173 pound shortstop for the Rockies who hit 11 triples as a rookie, neither do I, I will always remember him later in his career swinging so hard it looked like it hurt.

Pictured above you have exactly zero MLB games played, not very exciting, but they are now checked off the list. 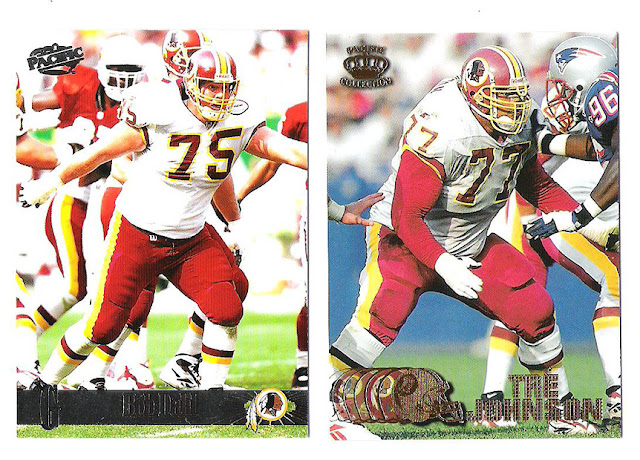 A couple Redskins Lineman from Pacific with Bob Dahl and Tre Johnson, I seriously miss O-Line card, how cool is that Tre Johnson card? That is what a football player looks like. 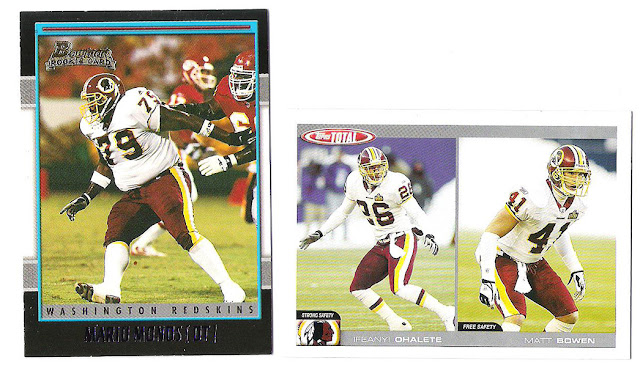 Mario Monds is a zero year Redskin, while one of my favorite names Ifeanyi Ohalete shares a card with Matt Bowen, the second Topps Total cards shared by the two. 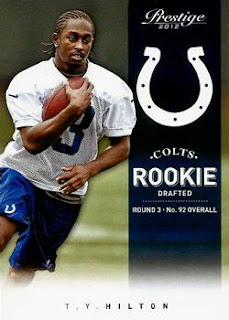 With one more card until the next shipping tier, I added a T.Y. Hilton for the neverending 2012 Prestige set build. 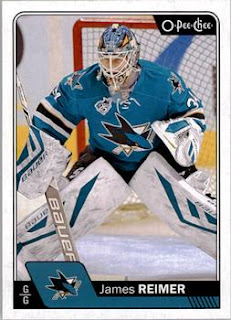 And lastly a Short Term Stop of James Reimer as a Shark, Reimer seemed like he was a Leaf forever, but finished off the 2015-16 season with 8 games as a Shark before moving along to the Panthers.