We all know and love him, Sportscards From The Dollar Store, one of the more prolific traders around, and lucky for me a fellow Canadian that we can send packages back and forth without crazy shipping costs. His most recent package arrived full of good stuff as usual, here are a few of the highlights. Starting with some Pro Debut, I don't usually collect minor league stuff, but I really should. Who could pass up Hartford Yard Goats and Albuquerque Isotopes?

Some unlicensed stuff, including the first Honus Bonus I have got my hands on, some 2018 Donruss which I really like in hand and a Triple Play Rockies card I surprisingly didn't have. Say what you want about Triple Play, but it was a fun set. 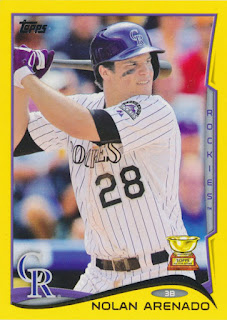 Some Redskins additions with most of the 2018 Score base set and an El Riggo from the very popular Panini Classics faux-throwback release. 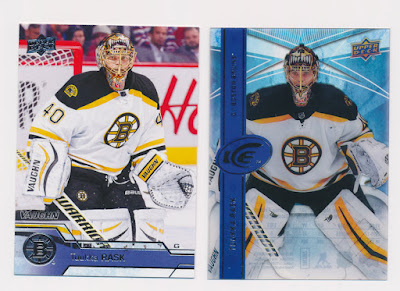 The Bruins highlights were Tuukka Rask with the Upper Deck Ice on right being of the acetate variety. 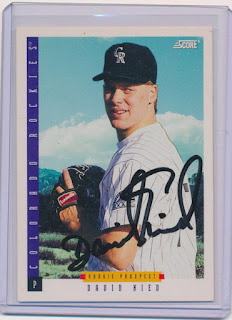 and the most intresting card, an autographed David Nied card, not certified, but I assume its legit, because, really, are there really people out there faking David Nied autos?
Posted by Rosenort at 16:27