Gearing up for Hockey with a Trade 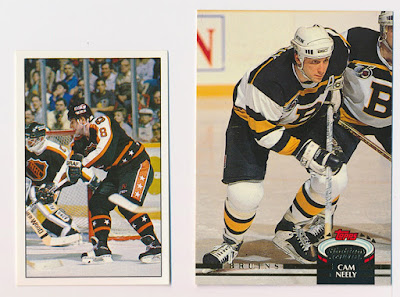 Baseball is in the pennant race and NFL is only days away, so it's easy to forget hockey season is creeping up. The most recent trade reminded of this, (and that I need to get my skates sharpened and buy a new roll of stick tape). Some new Cam Neelys with an All-Star sticker featuring a Reggie Lemelin cameo and a Stadium Club with my favorite Bruins alternate jerseys from the NHL's 75th season. 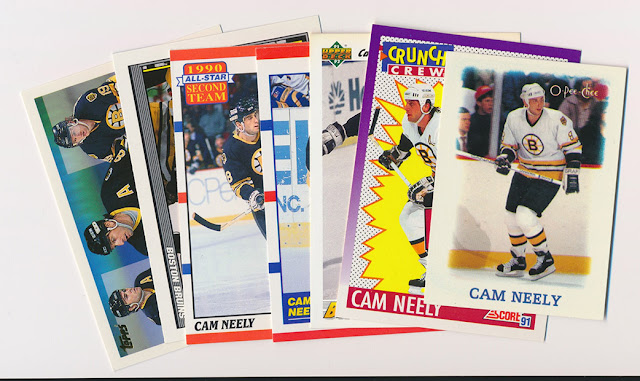 More new Neelys as I chip away at all the different junk wax versions of French, American and Canadian bilingual releases. 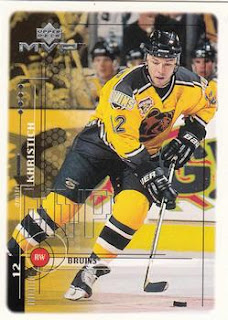 I mentioned the Neely Alternate jersey as a favorite, these were not. What a weird time between the Glowing Puck, the Fox Robots and the Pooh jerseys. Khristich is not a name you might think of as a Bruins, but he had two really good years there/ 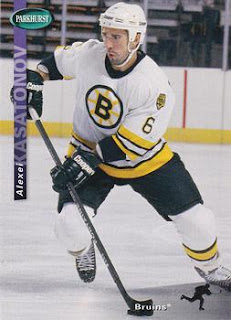 One of my favorite lesser know Bruins, one of the most famous players from Russia and part of the famed Green Unit. 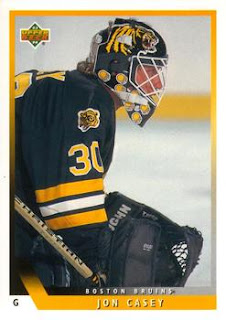 A nice mask card of a god-awful goalie, few people caused me as much childhood misery as Jon Casey. 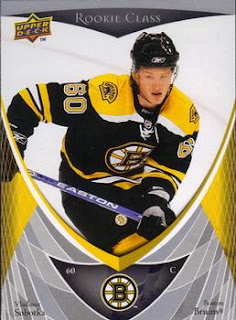 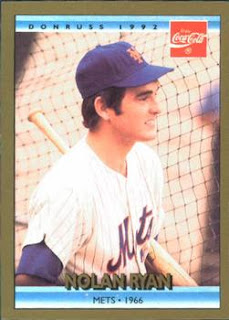 and finally, the lone baseball card, I am a sucker for Nolan Ryan with the Mets for some reason, and this is a really nice card with the bat and batting cage in the background.