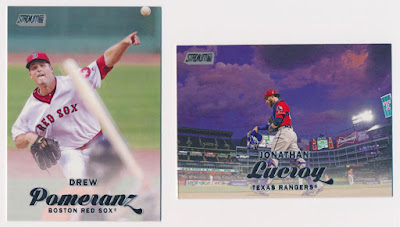 Collecting has really fallen to the back-burner due to a number of things, post-xmas recovery, a serious cold streak and other family dealings, so that is why it took until February to have an actual trade post. Starting off with two former Rockies from 2017 Stadium Club, the Lucroy is just a beautiful shot while the Pomeranz is an addition to the "why do I still collect this guy" PC.

Some Rockies needs from 2017 Bowman Draft,

and more 2017 Bowman including a MJ Melendez for the catcher collection.

some 2017 Archives, I really don't like this design, but I always build the Rockies team set and these were on the wantlist.

and some Diamond King singles, I still really like this set and would love to see it with a full licensed release. 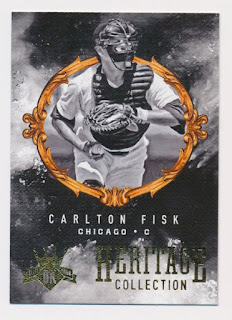 and finally a Diamond Kings insert of Carlton Fisk, the one good thing about unlicensed sets is that they use quite a few catcher gear shot to save photoshopping out the logos.