Creating my structure now I shall reign in 2014 Topps Parallels

A trade with $30 a week habit, sending some older hockey to their new home in Florida in return for some newer hockey, starting with a great Rask card, sporting an alternate jersey in an anthem shot, a new Cam Neely that I was shocked I didn't already have, and a parallel of another Cam, this one not quite as accomplished. 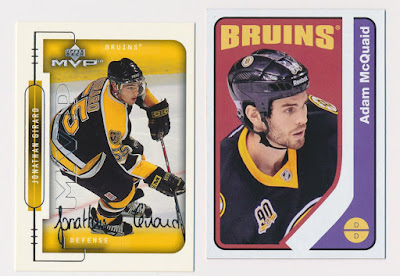 A couple D-men parallels in Jonathan Girard and one of my favorite nicknames in Darth Quaider. 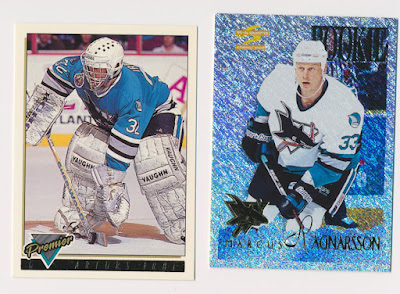 Some Sharks parallel action with one of my favorite Non-Bruins in Arturs Irbe and a super shiny Marcus Ragnarsson.

On to the bulk of the trade, and the inspiration for the weird post title, 2014 Topps Red Foil, or Raining Blood parallels including old friend Ubaldo Jimenez.

A couple Blue Jays card that flew North for the winter.

and the last of the red with a Eric Sogard laying down a bunt and a couple rookies.