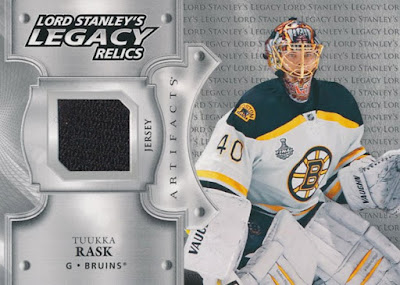 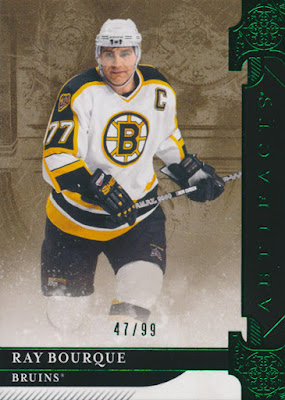 Ray Bourque numbered to 99, I don't collect Bourque and a hate this era of Bruins uniforms. 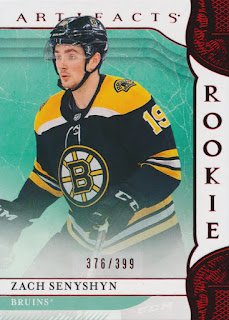 Zach Senyshyn numbered to 399, not the most exciting rookie, but the Bruins are lacking for rookie content this early in the season. 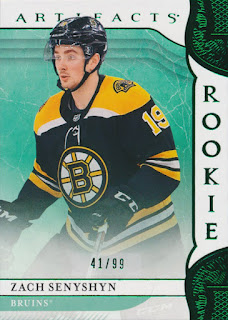 and lastly, another Senyshyn, this one numbered to 99, so, yay?