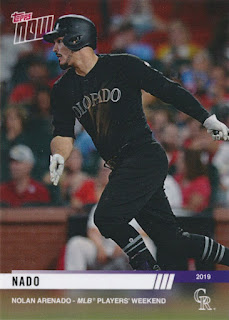 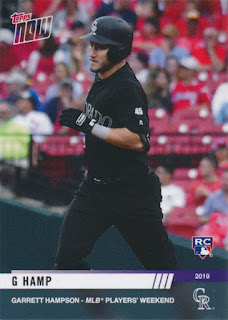 Garrett Hampson gets included as a rookie card, also with a lame nickname, just because it worked for A-Rod, doesn't mean every player should do the first initial, shortened surname thing. 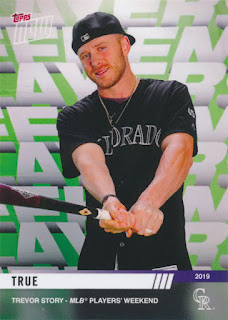 What a horrible photo choice, Story did actually play in these games, nothing worse than posed photos on cards. Also I am pretty sure no one really calls him "True", he used "Joe" in 2017 and "Trev" in 2018. He looks really uncomfortable in the photo, and the back of the card is a picture of shoes. 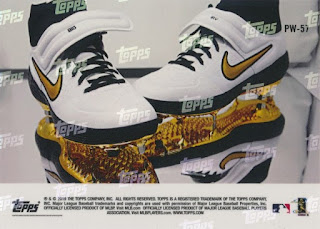 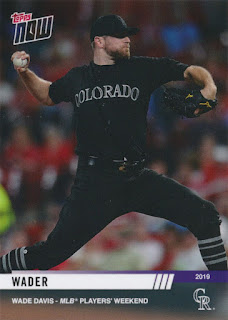 Oh hey, it's our former closer who got paid $15 million dollars to go 1-6 with a 8.65 ERA. So glad he was included in the set. Pretty sad when probably the best nickname in the set is just his first name with the letter "r" at the end. How about Carlos "Wild Thing" Estévez, that would have been awesome on so many levels, but no, give me Wader. 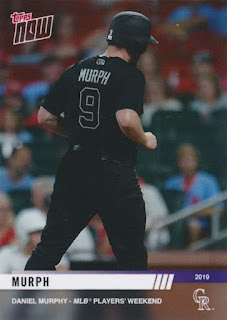 Another bad free agent signing, another bad nickname attempt. It is just your last name, minus one letter. Seriously Topps? This guy is in the set with this crap photo and no Charlie Blackmon? CHARLIE BLACKMON HAS AN ACTUAL NICKNAME AND HE IS NOT IN THIS SET? GTFO. Tony Wolters had a paper emoji, Yonder Alonso was Mr. 305, both way better than Murph. 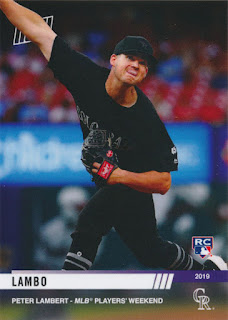 Lambo? I guess. By this time our starting pitching was led by Chi Chi Gonzalez, so might as well just throw this guy in for another rookie card. 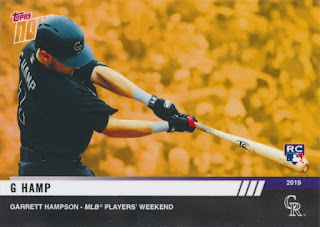 Some sort of bonus card or team card, Garrett Hampson again for some reason. 2 Hampson cards, 0 Blackmon cards. That is poor. The back is this card is the same as his other card, just with a different number. 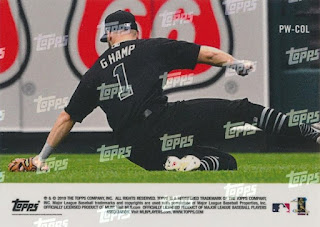 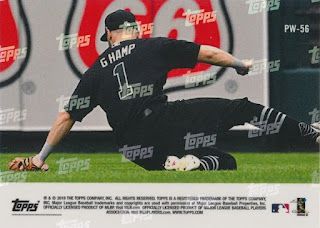 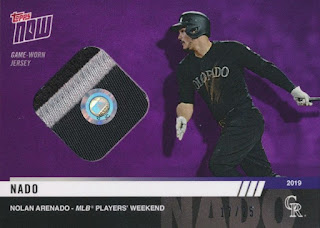 The one thing that didn't suck, a relic with a hologram that can be tracked to the game. Super thick and numbered to 25, this one I like.

I also like not having to buy ten sets to get the bonus cards, I still have 8 Rockies sets from 2018 for sale or trade.