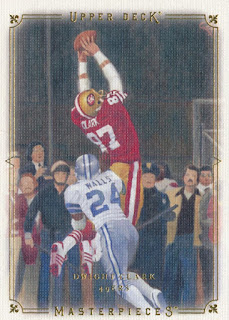 "The Catch", what more needs to be said. 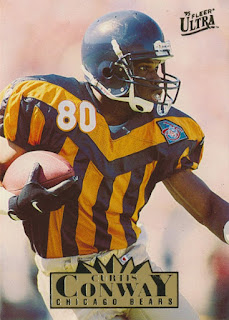 Another reminder at how awful the NFL is treating the 100th Anniversary season compared to the 75th. 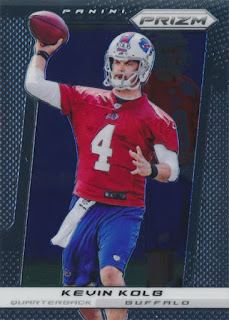 A zero year card of the often injured Kevin Kolb, after playing for Eagles and Cardinals, signed with the Bills in 2013, but missed the entire season with a concussion and was forced to retire. 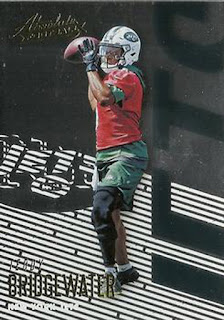 Another zero year QB, Bridgewater was signed by the Jets in 2018, but was traded to the Saints before the start of the season as the Jets went with Sam Darnold. 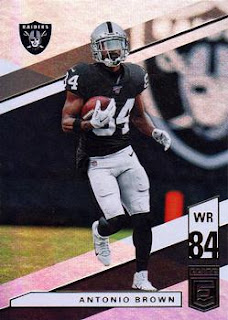 The Antonio Brown saga not only brought a good amount of entertainment, but also a large amount of zero year cards. 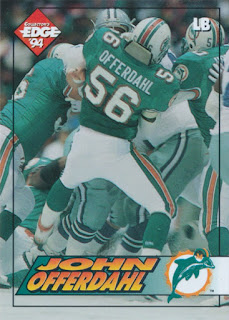 When you think of Miami and Dallas, you don't really think of snow games, unless you remember this 1993 Thanksgiving game. Also bonus points for the 1990's era neck guard on the shoulder pads. 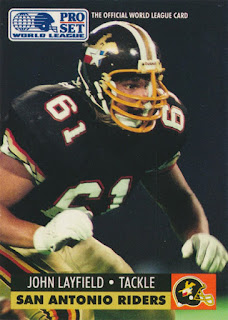 I love adding weird teams, and the San Antonio Riders of the World League are pretty weird. John Layfield might not be a well known name, but he did go on to pretty big success as JBL and Bradshaw in the WWE. 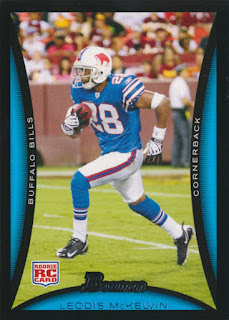 The red "Standing Buffalo" throwback, by far my favorite of the Buffalo uniforms, and one of the few still in play with a simple decal swap.
Posted by Rosenort at 16:55