15 Cards from 4 Sportlots packages starting with 3 for the "One of Every Bruins" project that is not a high priority but seems to be growing, tough guy Colton Orr, short term stop Sergei Gonchar in a Winnie the Pooh uni and Alexei Zhamnov with a short term stop / sunset card. 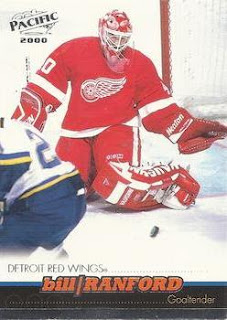 Bill Ranford from his 4 game stop with the Red Wings before finishing up with a return to the Oilers. 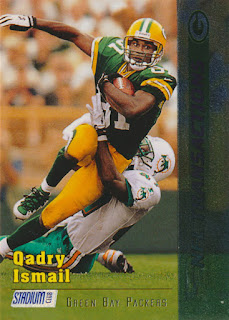 188 - 1997 Stadium Club - Qadry Ismail
The Rocket's little brother signed with the Packers in 1997, but was traded to the Dolphins before playing in a regular season game with the Pack. 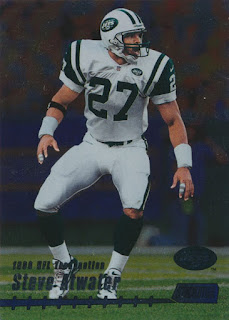 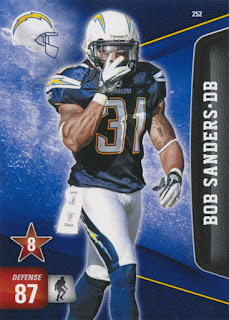 252 - 2011 Adrenalyn XL - Bob Sanders
A potential great career cut short, Sanders only played two full seasons and was named All-Pro in both along with a Defensive Player of the Year. He struggled through his last four seasons, only playing in 11 games, including his final two with the Chargers in 2011. 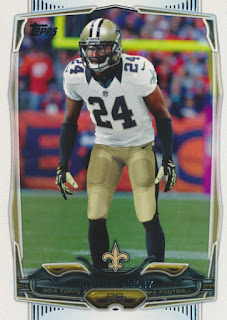 253 - 2014 Topps - Champ Bailey
A rare Hall of Famer with a "Zero Year" and a sunset card, Champ signed a two year, 7 million dollar deal with the Saints in 2014, failed to make the final roster, but at least we got a sweet airbrush card. 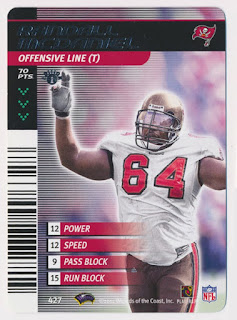 427 - 2001 NFL Showdown 1st Edition - Randall McDaniel
I had no idea McDaniel finished his career with the Bucs until I saw the 100 Greatest Players episode, one of his two cards with them, both from NFL Showdown sets. 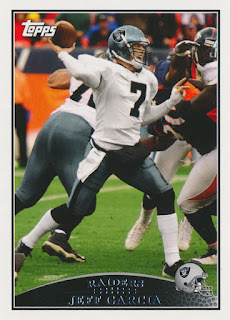 058 - 2009 Topps - Jeff Garcia
The first Frankenset controversy, this Zero Year card of Jeff Garcia with the Raiders seems like an obvious choice, it fails to dethrone Jarvis Landry at number 58 sporting the Dolphins Color Rush. 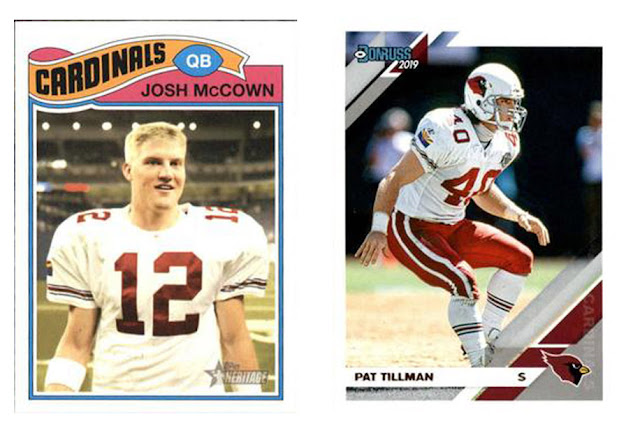 A couple non-Frankenset Cardinals, John McCown for a new PC Project and Pat Tillman, which I will never pass up as filler for 18 cents. 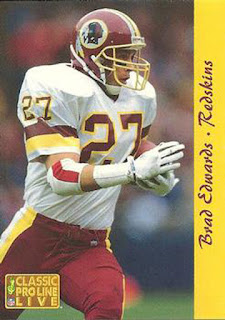 A new Brad Edwards for the junk-wax super-collection leaving me with just some hard to find parallels to complete. 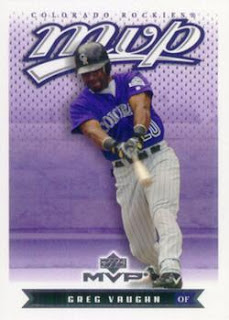 Moving on to Basball, but staying with the "players in weird uniforms" theme, Greg Vaughn with a sunset cards from his final MLB season which he spent with the Rockies. 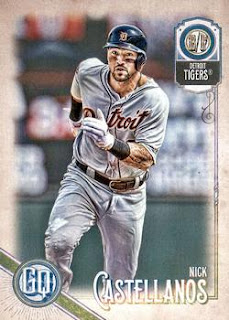 The final card, more filler with one more to check off the 2018 Gypsy Queen list.
Posted by Rosenort at 18:17