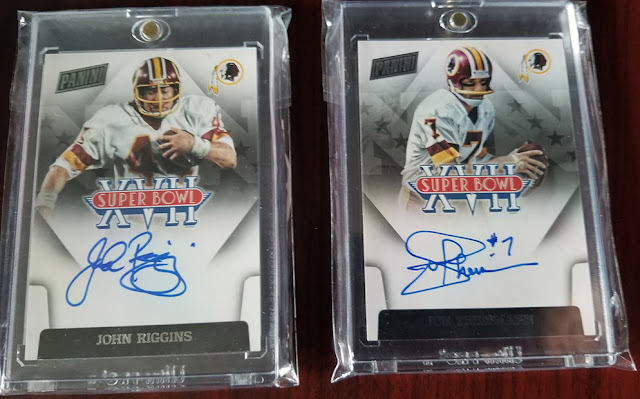 
I really love the idea of this set, a multi-year, multi-product, living set, all on-card autographs with a nice mix of Fan Favorites and Hall of Famers. These were the last two Redskins I needed, the newly released Russ Grimm is on the way to complete the team set, and the first time I have seen them come up for sale since I started looking a few years ago. 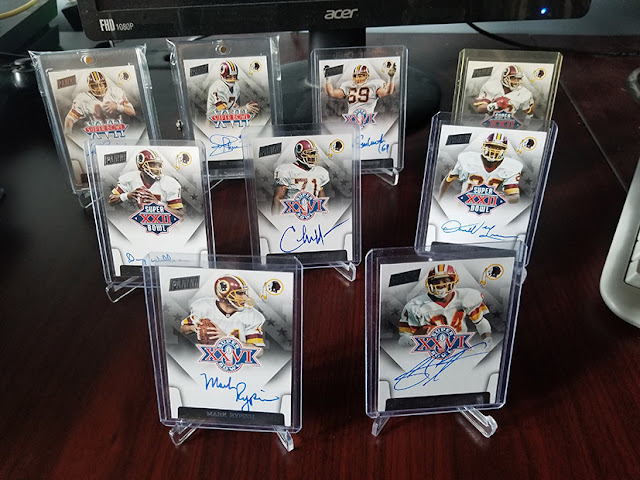 Here they are, all together, not quite as impressive as the complete set that was shown off recently, but a nice little corner of my collection.