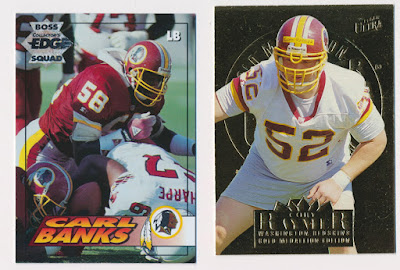 On to the cards, a couple Redskins parallels, including a Cory Raymer Gold Medallion, a parallel set I love, but a photo choice that is none to flattering. 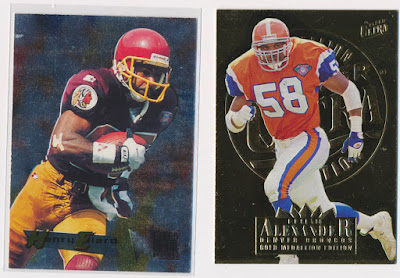 Some throwback unis and another Gold Medallion.

A couple CFL cards from the Canadian site, Geroy Simon from a weird set, Less Browne with a Grey Cup cameo and Ed Berry in what I thought was a throwback uni, but was actually the primary uniform for Toronto from 1989-1990. 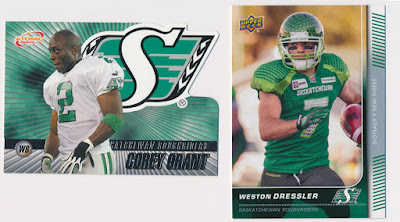 A couple Riders, including a Frankenset member in Dressler to go into the CFL set binder. 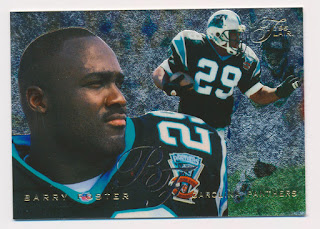 A "Zero-Year" with Barry Foster as a Panther, which will be represented in the frankenset, just not with this card. 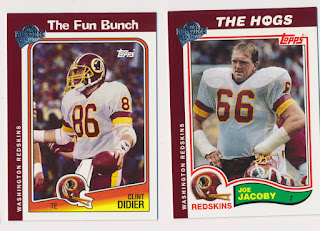 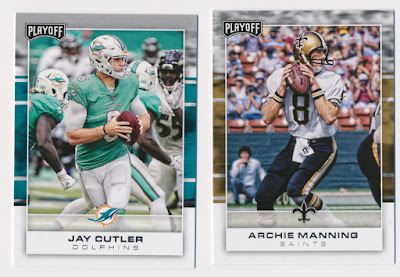 A couple cards that I wouldn't usually be interested in, but for a dime, why not. 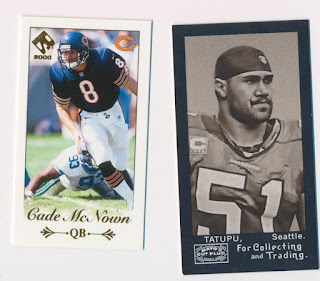 Lastly, a couple mini's, I will take any football tobacco sizes minis for 10 cents.