The first order from BaseballCardStore.ca was so good, I went back for more. 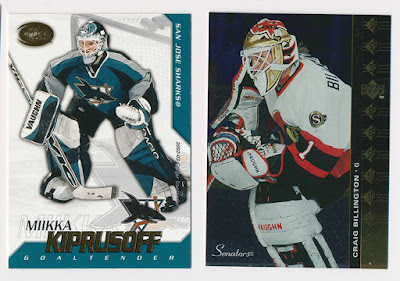 Starting with something a little different, Kipper for the Sharks goalie collection and Craig Billington sporting one of my favorite mask designs in recent memory.

Some O-Pee-Chee Bruins including a couple short-term stops and a couple goalies.

the last of the Bruins, including Hall of Famer Iginla and a Pooh Jersey sighting. 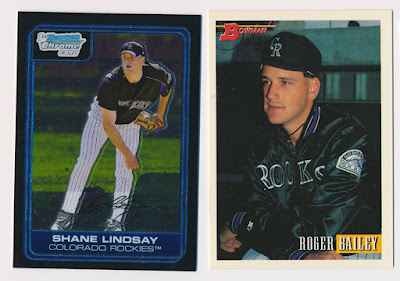 Only two Rockies, Shane Linsday for the "Rockies That Never Were", and a Roger Bailey rooki from 1993 Bowman. 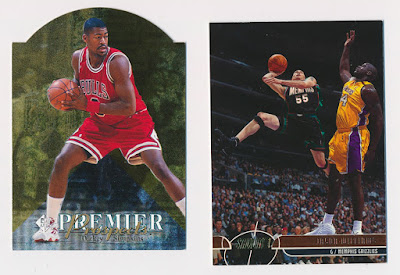 I really stopped buying basketball, but I couldn't turn down a new Jason Williams or a foily, die-cut Dickie Simpkins. 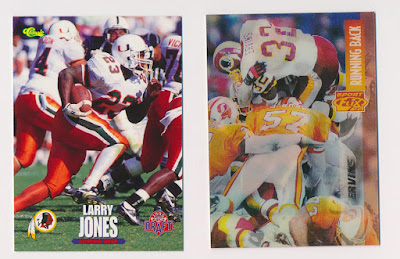 A couple Redskins, Larry Jones who never made the team, and a fancy 3D Ricky Ervins, that scanned surprisingly well.

Two things I have acquired a taste for, 1992 Collector's Edge and Dan McGwire cards.

Additions to the Barkevious Mingo collection, and O.J. Brigance who is one the few player to win a Super Bowl and a Grey Cup and the only one to do it in the same city (Baltimore Ravens & Stallions). 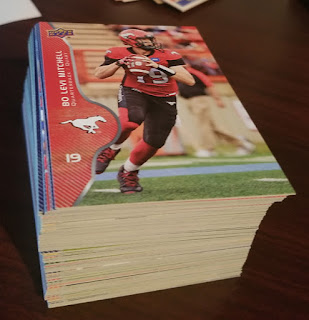 and the majority of the package, the 100 base, non-sp set of 2017 Upper Deck CFL, at 10 cents a card and cheap in-country shipping, by far the cheapest way to buy this set.
Cards in good shape, cheap shipping, super well packaged, another order, another happy me.
Posted by Rosenort at 20:04