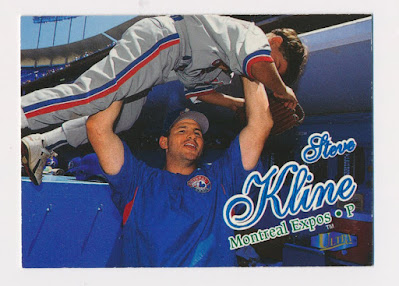 Clearing a couple trade out of the scan folders, starting with Steve Kline and either the batboy or a very small middle infielder, just a weird card from the old want-list and bonus points for an Expos appearance.

Continuing with the weird baseball theme three guys with weird teams, combining to play 92 total games with the teams pictured. Also just a reminder Andy Hawkins once pitched a no-hitter and lost by 4 runs.

Some Blue Jays keepers with a Canada Day uni, and The Rocket looking weird in a Jays uni. Also pitcher batting alert.

Some Bruins from sets I always liked including Jamie Huscroft, who played as mean as he looked from what I remember.

Goalies! Bob Essesna from one of his many later career stops, a great close-up of Esche's Plymouth Whalers mask, and former Saskatoon Blade Norm Maracle. 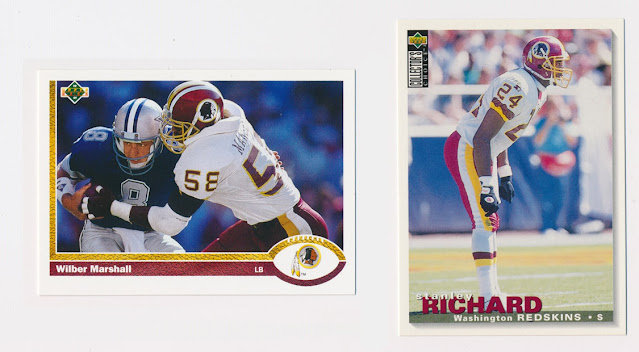 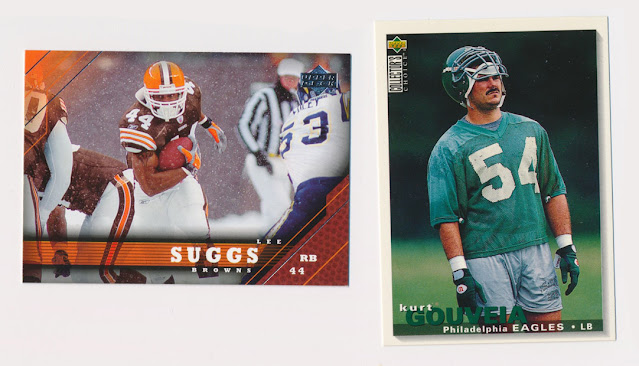 closing it out with a could Frankenset runner ups, Lee Suggs with a bad weather card and personal favorite Kurt Gouveia from his one year spot with the Eagles.
Posted by Rosenort at 19:44