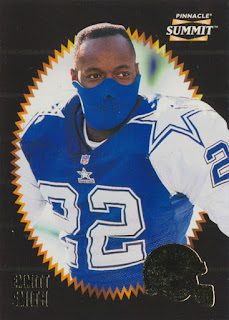 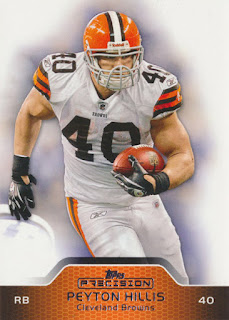 #21 - Topps Precision - Peyton Hillis
Facemask looks like a cross between Bebop and Bane, also love fullbacks as the main feature back. 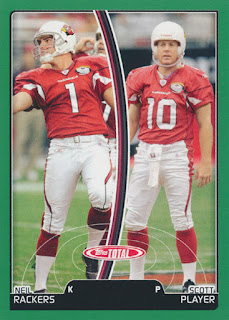 #90 - 2007 Topps Total - Neil Rackers / Scott Player
From what I can find Scott Player was the last guy to wear a single bar mask, and also the last player to use the single bar as a chin strap. 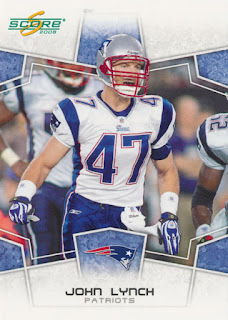 #94 - 2008 Score Update - John Lynch
Remember when John Lynch played with the Patriots? No? That's because he didn't in the regular season. 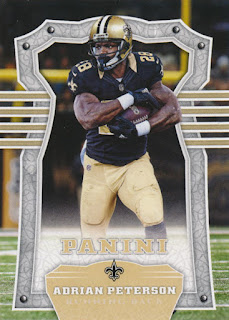 #98 - 2017 Panini - Adrian Peterson
Part of the weird career (and personal life) of Peterson, this from his 4 game stop with the Saints. 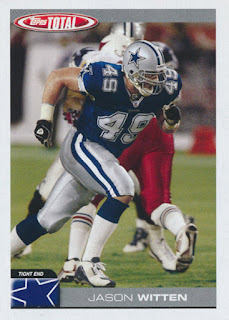 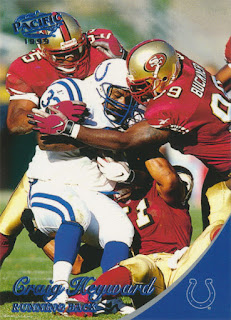 #168 - 1999 Pacific - Craig Heyward
Love me some "Iron Head" Heyward, from his sunset season in which he played in 4 games with the Colts. 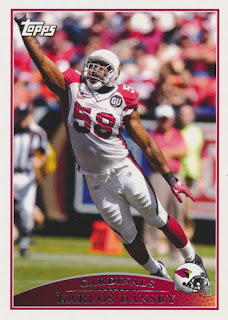 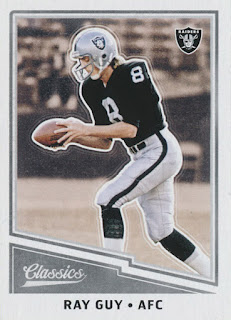 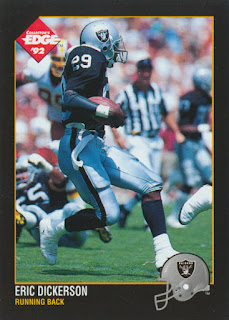 #249 - 1992 Collector's Edge - Eric Dickerson
I have no memory of Eric Dickerson with the Raiders, although he had a pretty good year in his lone season there, and I probably watched this game judging by the Redskins cameo in the back. Also I love the simple black borders of this set. 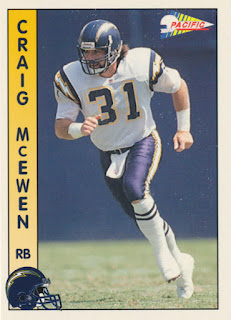