These scans have dust on them. 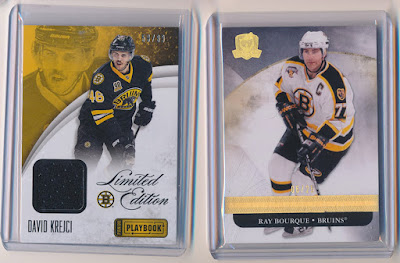 Sometimes I tell myself I am super organized, sometimes I put files in folder to keep them straight, and then totally forget about them for months. This is the case here with a package from oldest friend of the blog, Mr. Buckstorecards. As always a nice stack of cards with too many to scan them all, but a few highlights made it to the scanner, starting with a straight black patch of David Krejci and a very rare brand for me, Ray Bourque from The Cup.

Some old school Bruins, showing guys without helmets, and a new Saint Robert which is always a big score.

Some nice Rockies stuff, a die cut Grant Lavigne, Doug always seems to manage to send some Panini Chricloes, which I love, this one a Prizm Ruby Wave of Ryan McMahon and a Brendan Rodgers rookie card.

Some 2020 Score Redskins including and auto from Randy Moss' kid.

some bad weather cards that may end up in the frankenset 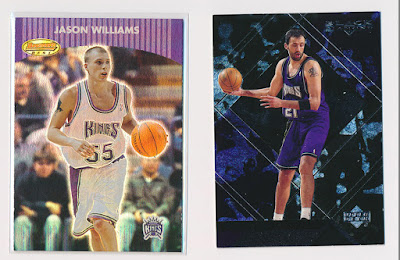 and finally some Kings from the era I was really into the NBA, both fall into the awesome card, bad scan category.

As always thanks for the great package, a return one is already on it's way.