Just in time for the upcoming Big Game, the first 2022 installment of the Football Frankenset. 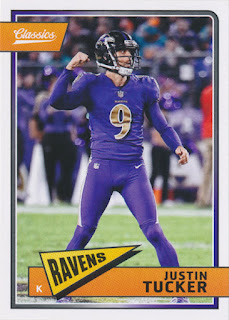 Most likely the next Hall of Fame Kicker and Super Bowl XLVII champ, showing off a lot here, including the all purple color rush on a cool retro-style design. 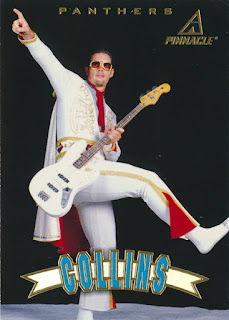 011 - 1997 Pinnacle - Kerry Collins
Too weird not to include our Super Bowl XXXV runner-up, in fact, there is a lot of weird stuff in this set. Not sure what the Elvis connection is, but as someone who was married by a guy in an Elvis suit, this is an easy add. 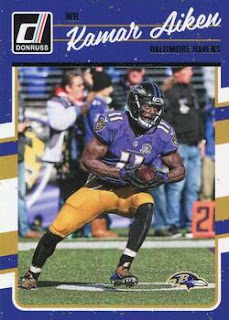 One of the grossest color combos in recent history, purple tops and gold pants, highlighted by the great team color version of the classic 1990 Donruss baseball set. 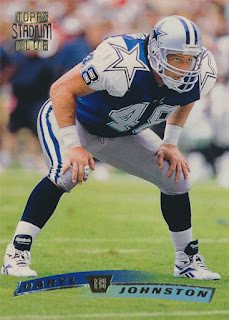 My love of 3x Super Bowl Champ fullbacks and throwbacks supersedes my dislike for the Cowboys, if only the stars were a little bigger.... 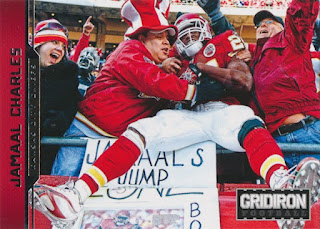 Jamaal's Jump is decidedly not as catchy as the Lambeu Leap 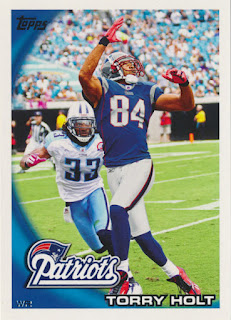 A zero year and sunset card for Super Bowl XXXIV winner Holt, who I honestly though was a Hall of Famer, but I guess not yet. Signed with the Patriots, but was released on an injury settlement before the season. 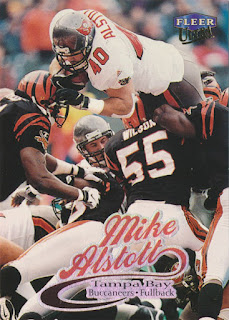 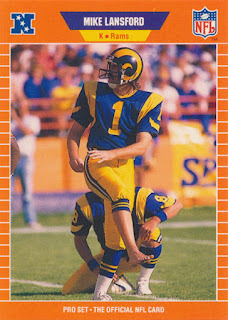 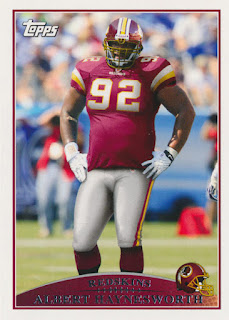 I feel bad for whoever had to sit there and photo-shop that gut. 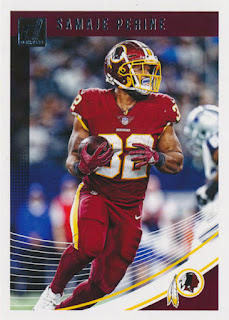 Let us never forget the color rush era and how gross it was, I remember Perine not being very good for the Team that Shall not be named, but I guess he's gonna play in the Super Bowl, so good for him. 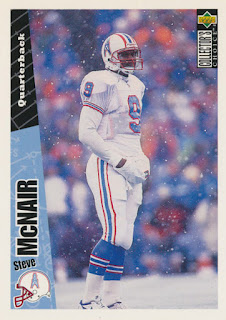 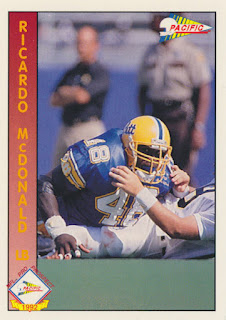 Honestly, I just like the name Ricardo McDonald and the weird photo. 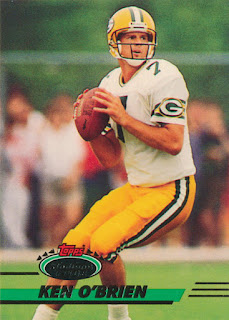 Longtime Jets QB was traded to the Packers when New York singed Boomer Esiason, was cut by Green Bay before the season, I guess they liked that Favre kid better.
Posted by Rosenort at 17:58