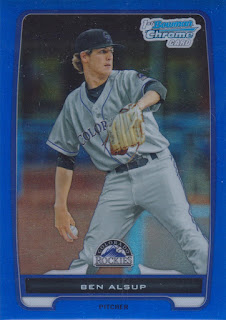 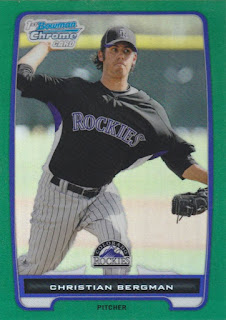 Christian Bergman - This guy I have heard of, a 24th round draft pick in 2010, Bergman finished his 3rd pro season going 16-5 with the Modesto Nuts (High A) with a 3.65 ERA. Another low walk starter (1.7 per 9 innings over 308 1/3 career innings) with 6.6 strikeouts per 9. Bergman was named the California League Pitcher of the Year for 2012 after leading the lead in wins. 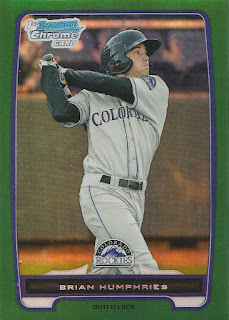 Brian Humphries - A second year pro, spent all of 2012 with the Ashville Tourists (Class A) finishing with a .287/.338/.390 slash line. Reportedly a solid defense outfielder with good contact skills, but lacking power with 4 home runs over 178 career MiLB games. Not much info out there on the 14th round pick in the 2011 draft, but from what I have read he seems like a Charlie Blackmon type player. 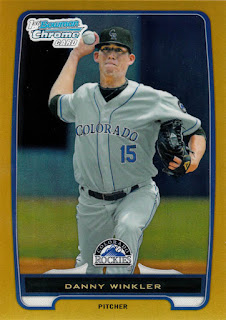 Danny Winkler - Another second year pro from the Ashvile Tourists (Class A), the 20th round draft pick in 2011 finished 2012 with a 11-10 and a 4.46 ERA walking 2.9 per 9 innings and striking out 8.4 batter per 9. In his first pro season with the Casper Ghosts (Rookie League) he struck out 65 batters in 57 1/3 innings and was named as one of the top 20 prospects in the Pioneer leagues. Has started all 37 professional games, but profiles to be a reliever at higher levels. 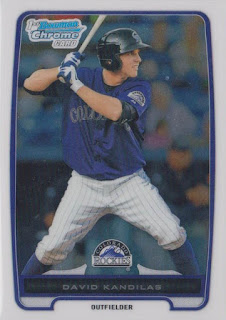 David Kandilas -  Signed as an amateur free agent by the Rockies in 2008, the native of Sydney, Australia made his pro debut in 2009 for the Casper Ghosts (Rookie League) and made the jump to Asheville (Class A) in 2012. He finished 2012 with a .266/.360/.403 slash line in a career high 83 games, with 19 stolen bases on 22 attempts. The speedy outfielder hit for the cycle twice in 2011, once with the Ghosts and once with the Sydney Blue Sox of the Australian league. 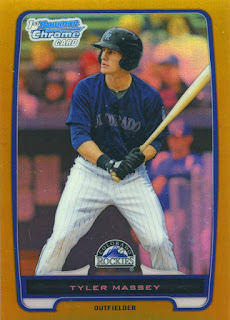