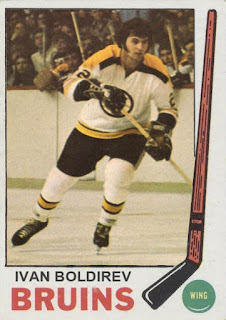 Boldirev never appeared on a card with Boston, his rookie card coming in 1972-73 with the Golden Seals. He did appear in the 1971-72 Toronto Sun photo set which I recently picked up of eBay for around 3 bucks shipped and used for this custom. 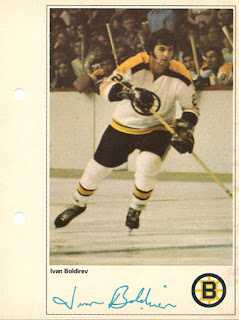