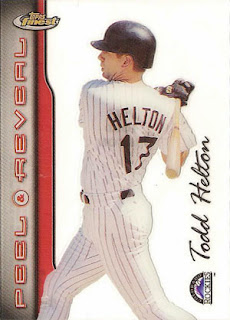 An insert set from when peel off protective film coatings were a common thing to see on cards. These cards came in packs of Topps Finest with a black film on both sides that had to be peeled of to see which card you got. The three parallels were Sparkle, the most common (roughly 1 per box), Stadium Stars, the least common (roughly 1 in every 5 boxes) and Hyperplaid being somewhere in the middle (about 1 per 2.5 boxes). These cards are very hard to identify by scans so I used a black background below to help out. The Sparkle are just what you would expect, with shiny specks in the clear space, Hyperplaid are probably the best looking in person looking similar to X-Fractors from recent Topps Chrome releases. The Stadium Stars are the hardest to see with Stars and Circles that create a slight 3D effect. 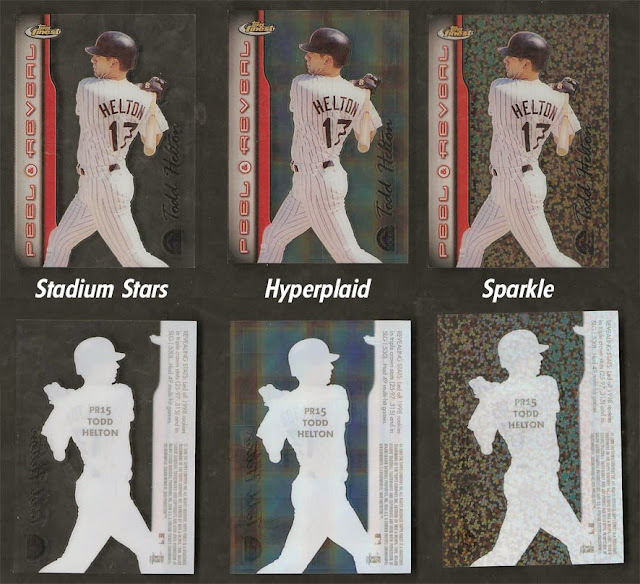