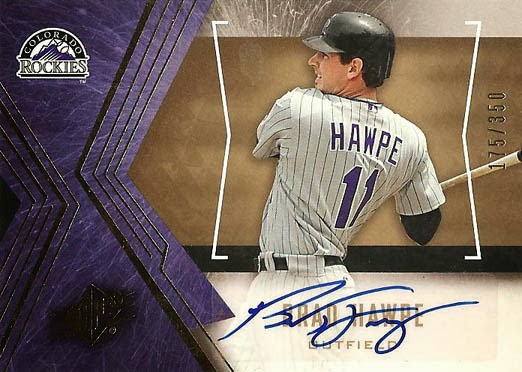 A quick trade post to catch up on, Paul over at The Baseball Card Snob was interested in a Granderson relic I had and I noticed he had a Brad Hawpe auto in his trade-bait. Trading a Yankee relic for an auto of one of my favorite players in Rockies history is pretty exciting for me. Hawpe's decline was pretty fast, always a streaky hitter, Hawpe lit it up in the first half of 2009, and might have been the All-Star game MVP if Carl Crawford had not robbed him of a go ahead home run in the 7th inning.
Posted by Rosenort at 10:48