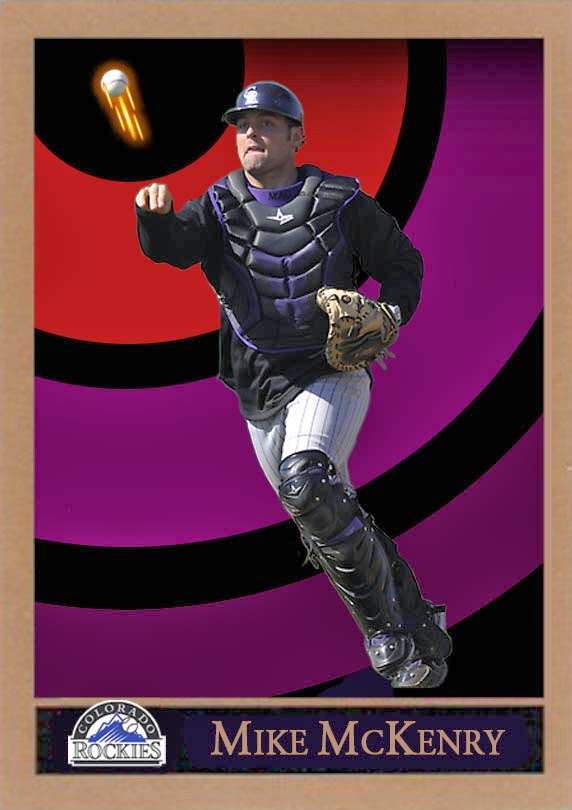 A design I have used before, but this was a card that I spend way to much time on not to post. 1990-91 Skybox basketball, a set that even almost 25 years after it was released, blows my mind with its weird background and glowing basketballs. I wanted to try and bring the glowing ball element into a baseball design and see how it looks.

Micheal McKenry looks like he has a good chance of making the 2014 Rockies as the back-up catcher after spending the last couple seasons with the Pirates. Originally a Rockies draft pick, McKenry made his MLB debut with Colorado in 2010 and returned to the organization as a non-roster invitee in 2014.
Posted by Rosenort at 14:56