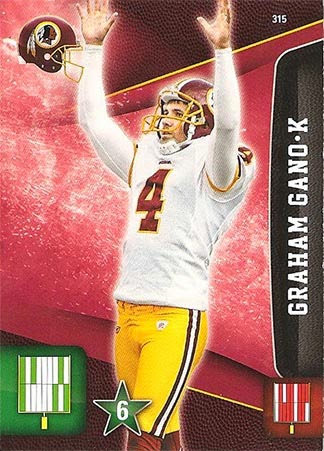 Another edition of "cleaning out the scanned cards folder", this time showing off some Redskins. First up is kicker Graham Gano from 2011 Panini Adrenalyn XL. Gano was the Redskins kicker for two full seasons and has been with the Panthers the past two seasons. You just don't see kickers on cards anymore, From what I can find, this card from 2011 is the most recent Redskins kicker on a card, and the first kicker to appear on a card by themselves since Eddie Murray in 1995. 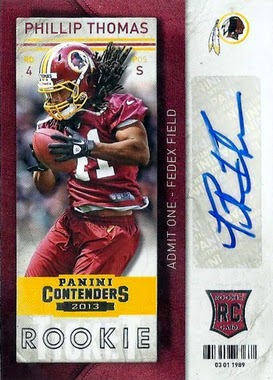 Phillip Thomas spent the entire 2013 season on injured reserve, with the Redskins issues at Saftey he probably would have started as a rookie. He's healthy now, and our secondary is still shaky so he should see some major time in 2014.  Nice card design that loses a few point with a sticker auto. 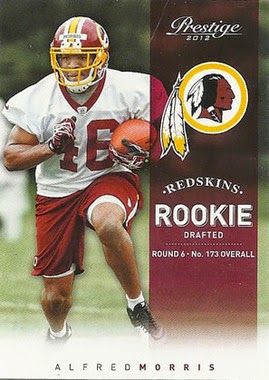 This is my first Alfred Morris card, that shows how little I have been in football the last couple years. 2012 Prestige is still my favorite modern football set. 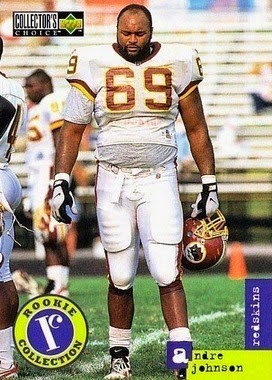 Not the most flattering picture, but it suits his career. The Redskins traded up with the Cowboys to select Andre Johnson with the 30th pick in the 1996 draft. Late in the round, but still a first rounder, Johnson never played a game for the Redskins and was cut after his rookie year. His entire NFL career consisted of 3 games with the Lions in 1998.
Posted by Rosenort at 12:41