Time to clean out the scanned folder and post some recent hockey acquisitions, starting off with some Irbes. First a really cool minor league card, I bought a ton of this set as a kid, but never pulled an Irbe. In the middle is a nice on-card auto I picked up for less than $4.00 and a Metal Universe from 2012 Fleer Retro. I really love the weirdness of the '90's metal sets. 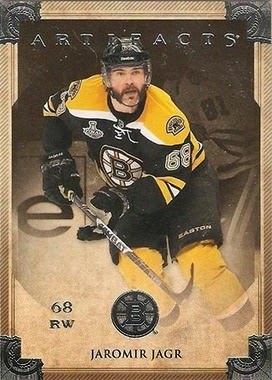 Jagr with the Bruins, a Stanley Cup Finals patch on his jersey and a Lemmy Kilmister stache, you know I wasn't going to pass this one up. 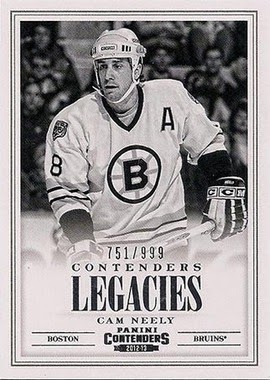 A new one for the Cam Neely collection, a nice and simple card design with the old Bruins jersey before the went to the weird shoulder/sleeve stripe in 1995.

Some Sharks goalies, J.P. Anderson has played in exactly as many games in NHL as I have, Antero Niittymaki has a funny name, and Steve Shields is another awesome foil card that doesn't scan worth a crap.
Posted by Rosenort at 11:55