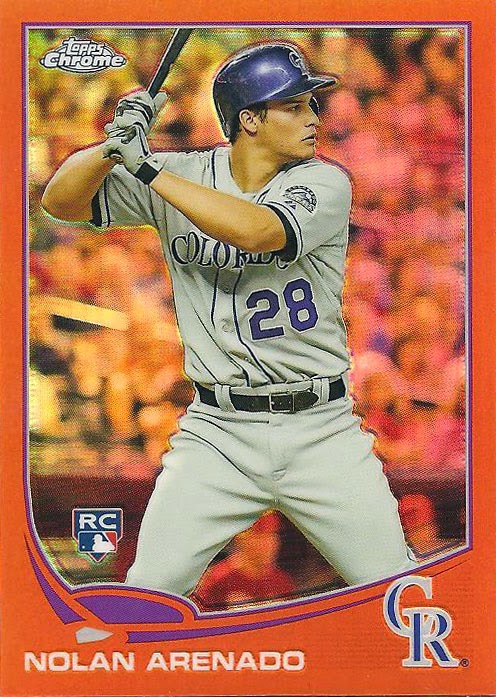 There are some things about my collection I can't explain. One of them is orange cards. They really don't work with the Rockies purple, but for some reason I am drawn to them. After some price checking, I found this 2013 Topps Chrome Orange Nolan Arenado on sportlots for the cheapest price. I haven't dedicated myself to collecting one player since Chris Iannetta was traded, but Nolan Arenado is coming close to being that guy. 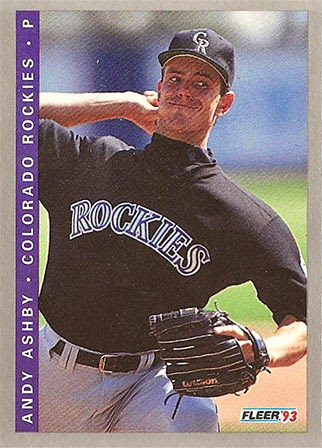 Of course after hours of searching I found a few more to round out the order. A 1993 Fleer Final Andy Ashby. Another thing I am drawn to is Ashby cards with the Rockies, there is something about a guy that was terrible with the Rockies, traded along with Brad Ausmus to the Padres, and then made two All-Star teams and pitched in a World Series for the Padres. There is also something about the simplicity of the 1993 Fleer card design that I like. 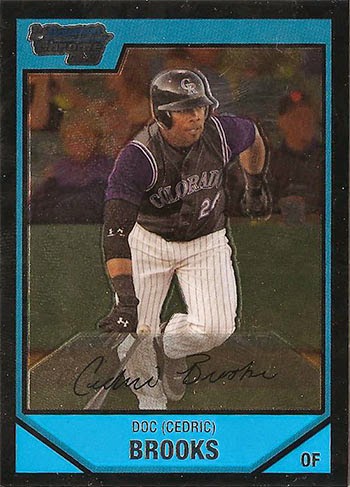 Doc Brooks comes from the 2007 Bowman Chrome Prospects set. Not really much of a prospect at that point, by 2007 Brooks had played 6 seasons in the minors with 4 different organizations, never making it to Double A and would spent 2007 and 2008 in independent leagues. 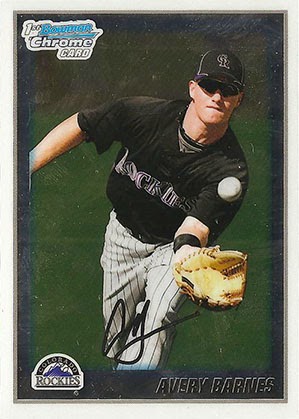 Another prospect who never made it to the bigs, Avery Barnes spent 3 seasons in the Rockies organization, and actually didn't have bad numbers, but was released after 2011 and looks to have retired.
Posted by Rosenort at 11:55