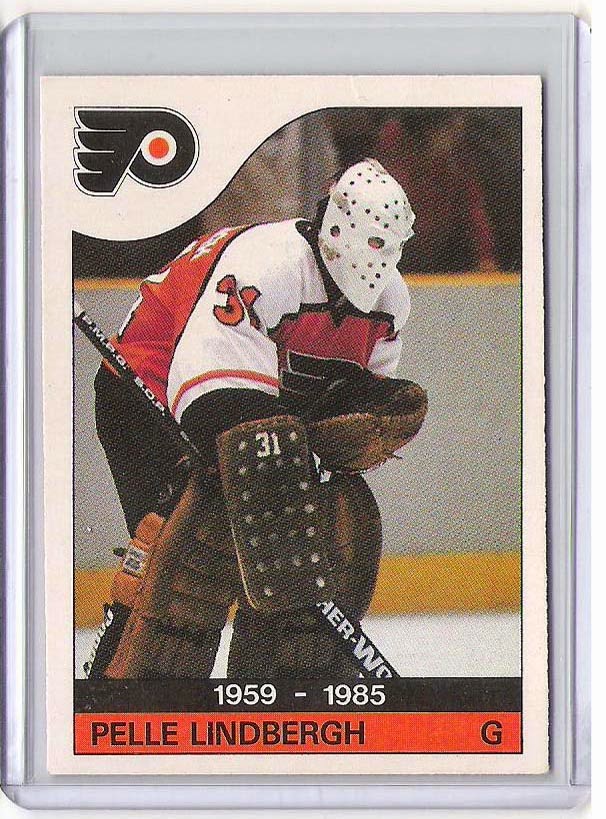 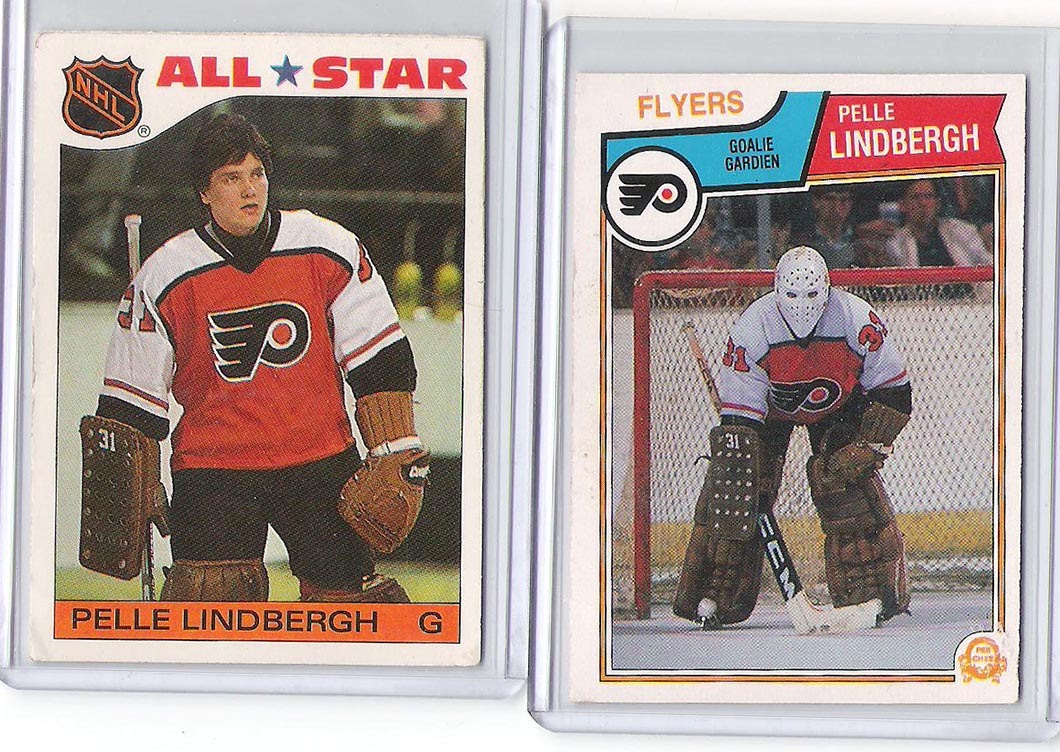 Pelle Lindbergh may not be a household name, but he was a rising star in the mid-80's, having just won the Vezina Trophy in 1985, Lindbergh crashed his car and died as a result in November of the next season. He would be chosen posthumously to the All-Star game, the first time in a major North American sport, the only other time would be Sean Taylor in 2008. 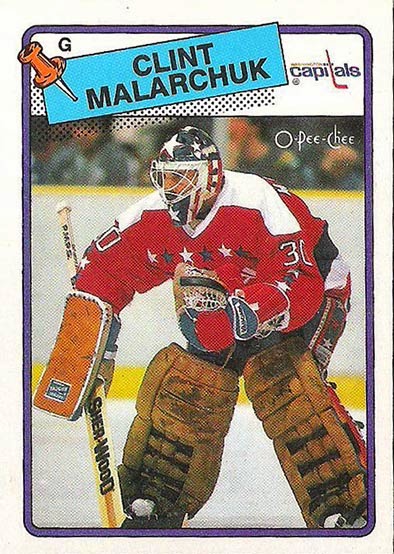 One of a few Malarchuk cards that came home with me, I got his book this winter and have to start it, but with all that went on in this mans life I sure it won't be boring. 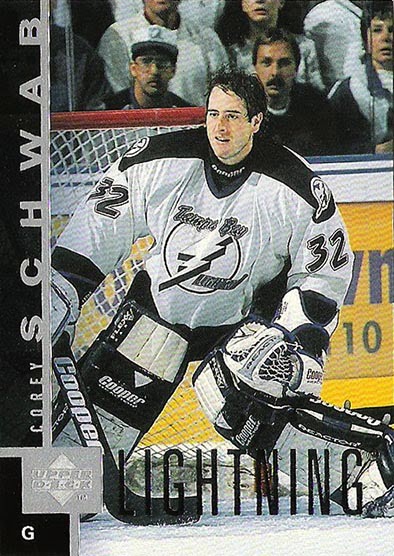 Corey Schwab from North Battleford, Saskatchewan, fairly close to where I grew up. This card stuck out for pretty obvious reasons, how often do you see a helmetless goalie pic anymore. 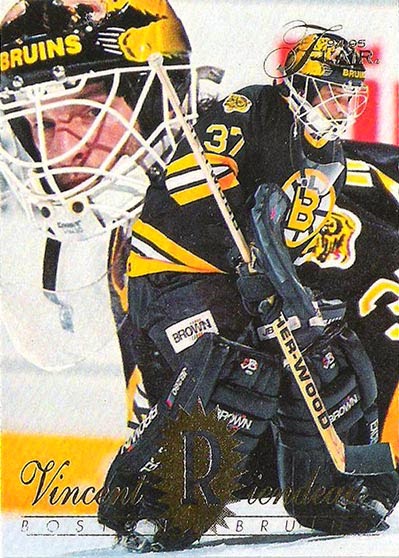 Although, if you have a choice between going helmetless and wearing Vinny Riendeau's mask, you might pick to go without, that lid must have been comfortable because it sure isn't much to look at. 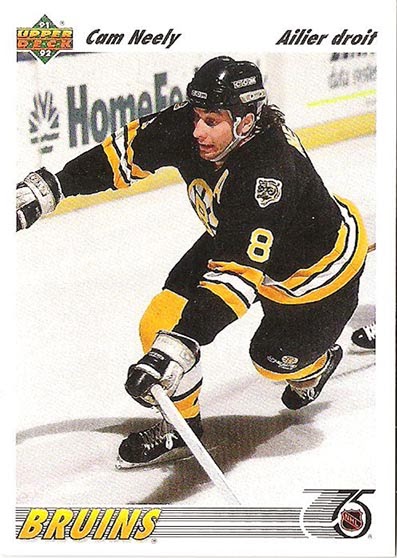 a french Cam Neely, 1991-92 was one of weaker Upper Deck efforts, but it's a nice oddball addition to my Neely collection. 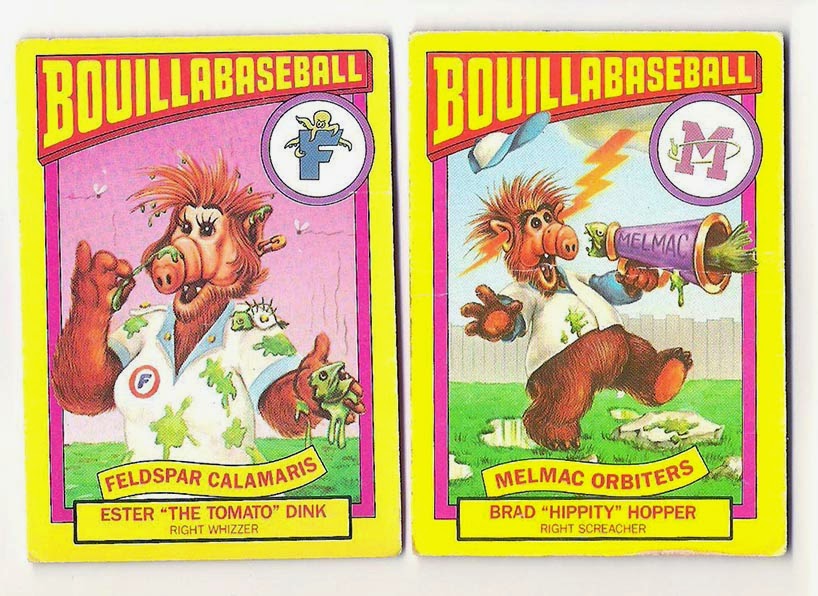 and finally a couple "Bouillabaseball" cards from the 1987 ALF set. There were 44 of these inserted into the ALF tv show packs about a alien baseball like sport played with fish parts. You know I am going to try and track down this set.
Posted by Rosenort at 13:14