I still have no idea who Kennys Vargas is. After posting my Gypsy Queen box break including an autograph of Mr. Vargas, I noticed a comment by Brian from "Highly Subjective and Completely Arbitrary" saying Vargas was his favorite Twin and he had the power of two regular guys called Kenny and he wanted to trade for the card. Once I realized he was being serious, a trade was born. Starting with some Gypsy Queen for my set, including two short prints and Wilin Rosario that as far as I can tell is the only card in set featuring catcher gear. 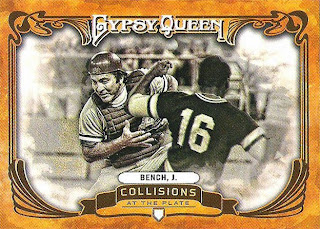 Along for the ride were four cards from my needed nine, finishing off my 2013 GQ Collisions at the Plate set with Johnny Bench. 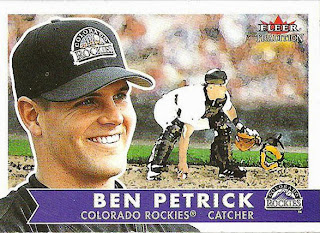 This Ben Petrick card placed 26th on my Top 30 Rockies cards due to the 2000 Spring Training alternate cap. 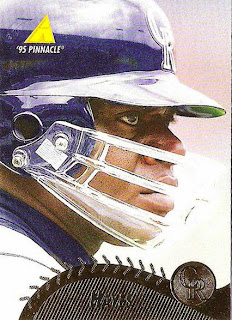 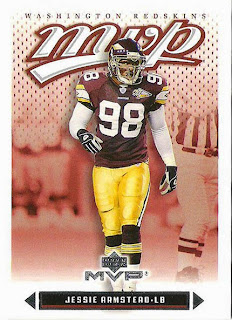 A card that was on top of my football wantlist, Jessie Armstead is more known for his time with the Giants, but he spend 2 season with the Redskins, I think this is his only Redskins card showing off the sweet spear helmet uniforms. 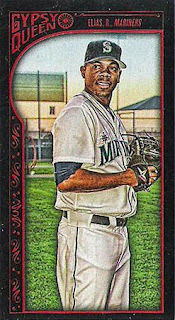 I always love the black bordered Gypsy Queen minis, and this year might be my favorite with the red thrown in, although with them being numbered to 5, this might be the only one I get. 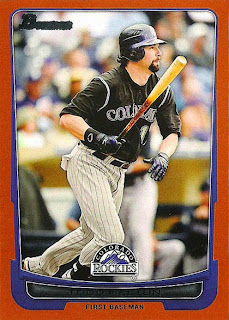 I have developed a strange liking to orange bordered cards, so this Helton, numbered to 250, is a welcome addition to the collection.

and lastly, some 1991 All-World CFL French cards, which probably seem more random to most than a Kennys Vargas card. Thanks for the trade.
Posted by Rosenort at 19:12