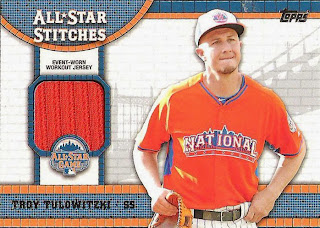 Another trade with fellow Canadian, Sportscards From the Dollar Store, a sweet orange swatch from an "Event Worn workout jersey", and as weird as it is seeing Tulo in an orange jersey, it sounds like seeing him in a different jersey might be a permanent thing sooner than later. 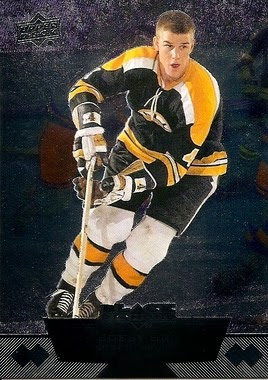 as good as that Tulo card is, this one of Saint Robert might be even better, Black Diamond are always good looking cards, and this one, while poorly scanned, is amazing in hand. 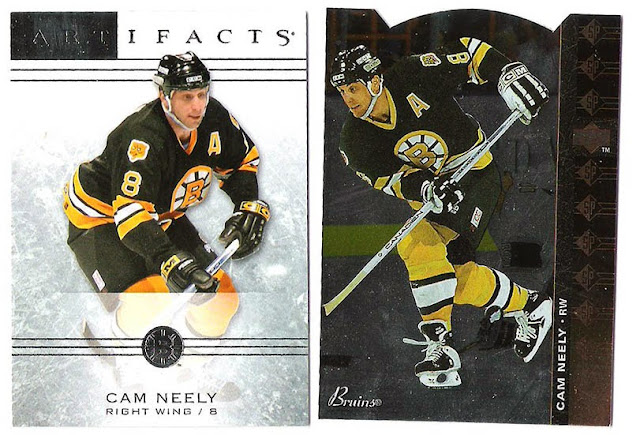 Cameron Michael Neely cards are always appreciated around here, as he was the first guy I collected as a a kid, 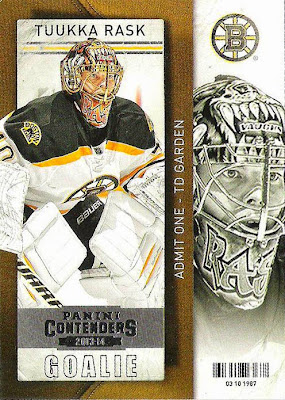 and who doesn't like Goalie cards, I'm sure even non-hockey fans can dig a nice goalie mask card, 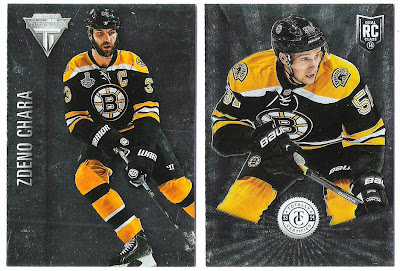 more shiny Bruins, the Captain with a Finals Patch and the young Ryan Spooner. Thanks for the trade and expect a return package soon.
Posted by Rosenort at 19:04