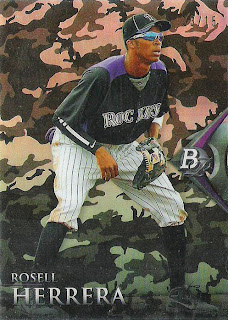 Still working the the most recent COMC package, starting with my favorite card of the bunch, a camo refractor of Rosell Herrera, numbered to 15, these are pretty hard to find for a reasonable price. I am not a huge fan of Herrera as a prospect, but this was too nice a card to pass up. 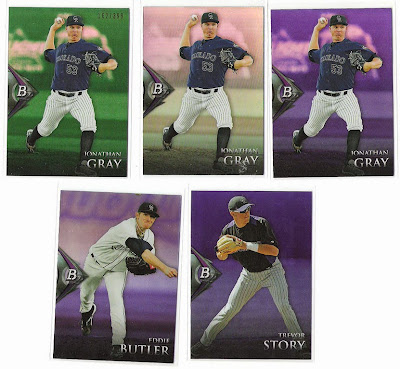 More Bowman Platinum, most of the Purple team set and a few more Jon Gray cards. I really like how the parallels change to background of the card and not just the border. Bowman Platinum, you will be missed. 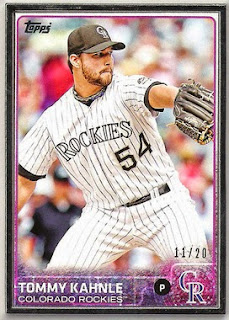 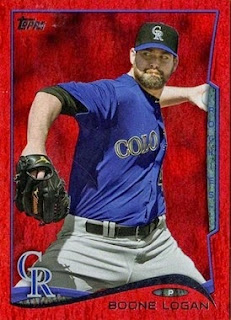 My favorite base Topps parallel from the past few years, the "Raining Blood" version of Boone Logan, checking him off the One of Every Rockies list. 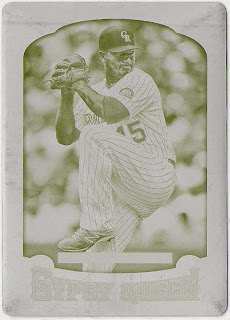 Not a huge printing plate guy, but I got this one for under $6.00. I will never pass up a Gypsy Queen plate of a Rockies player for that cheap. 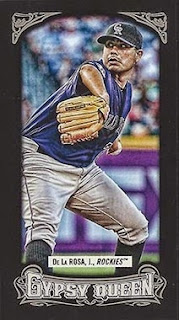 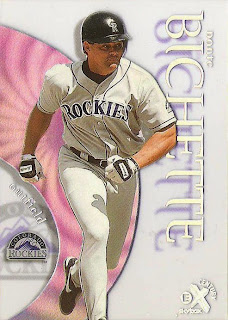 Finally a base card, Dante Bichette from 1999 E-X Century for the acetate colletion. 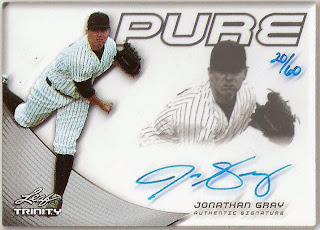 Another clear card, this time a super thick auto of Jonathan Gray, this cards looks really good in person, the autograph is crisp and the clear part is not cloudy at all, I usually avoid Leaf like the plague, but for under $10, I am happy with this card. 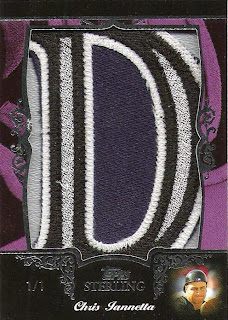 Another thing I don't like doing is spending money on "Relic" cards, I just don't trust them, but as an Iannetta collector, a player that doesn't get put into high end sets, I made an exception. I already had the "C" in this set of eight "1/1"'s spelling Colorado, so I thought "why not?"
Posted by Rosenort at 11:45