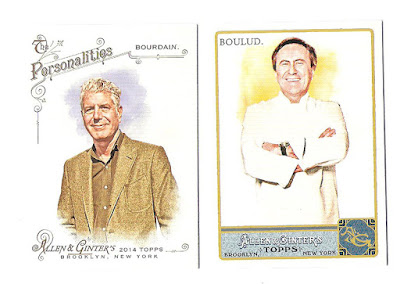 For the most part, I don't like Allen & Ginter's, but I won't get into that here, because my most recent trade is heavy on the Ginter. Sometimes I question what I collect, usually when looking for Trenidad Hubbard or Jayhawk Owens cards, but these guys were at least Rockies, members of the 1995 playoff team, and players that have some nostalgia factor from my youth. But Chef cards, that's just weird. Two new additions to that collection with Anthony Bourdain and Daniel Boulud, you probably either know who they are, or don't care, so I will move on.

Less weird, but still Gintery, John Buck sporting the old Florida Marlins uni's, I miss those hats, and the teal. Rich Harden for the "Oh, Canada" collection, and one of the best Ginter cards ever made, 2008 Jim Thome. 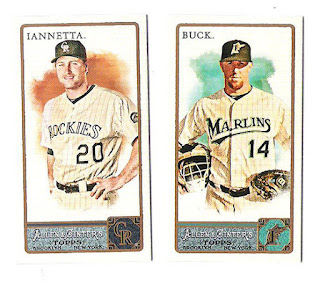 The Iannetta collection has been largely ignored since he was traded to the Angels, but here is a mini addition along with the mini version of the John Buck above. 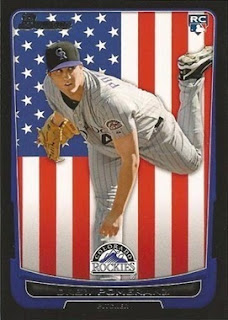 Just as patriotic as the Harden above, a Bowman International of Drew Pomeranz, my 42nd different card of his. It's been 4 years, and the Ubaldo trade still hurts a little.

Some Tulos from the wantlist including some nice Bowman Platinums and a 1952 Style trading card history. 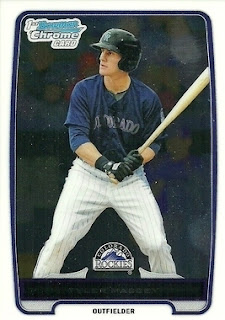 and a 2012 Bowman Chrome of Tyler Massey, I was surprised to learn that Massey in still with the Rockies org playing in Double-A.
Thanks for the trade!