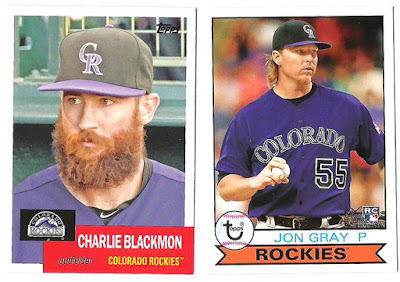 A nice little zistle trade knocking off some 2016 Rockies needs, chipping away at the Archives team set, I have said it before, I am not really high in the 1953 design, we have seen it before through Heritage, but I do like the 1979 design. The Blackmon made the want-list for the beard close-up if nothing else. 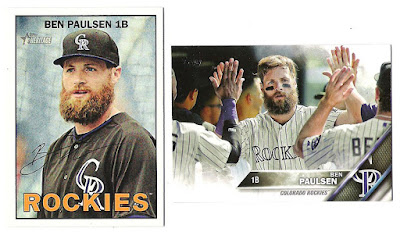 Speaking of beards, Ben Paulsen with a pretty serious one, he struggled this year and was DFA'ed, so it looks like former Rockie Ben Paulsen at this point. 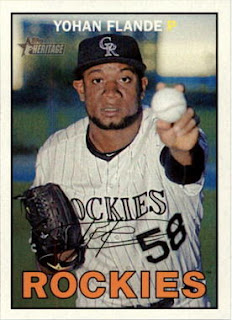 Speaking of former Rockies, Yohan Flande, who became a fan favorite for his name alone, was also DFA'ed this year and it looks like he finished the year in Korea. 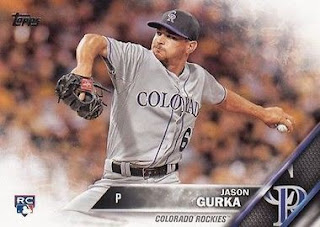 Staying with the left-handed pitchers cut by the Rockies, I have no idea who at Topps thought it was a good idea to include Gurka in Series 2. A career ERA of 9.35 over 17 1/3 innings, but hey, he can say he has a baseball card. 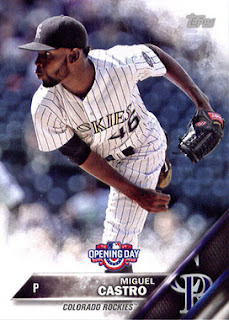 Castro was part of the Tulowitzki trade and looked to be pretty strong out of the bull-pen, then he got hurt in June and missed the rest of the season. 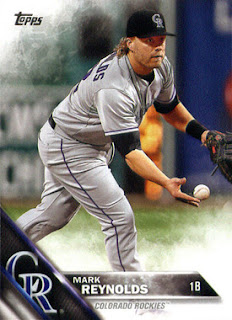 Mark Reynolds was actually not bad for the Rockies this year, he really cut down on the strike-outs and played a decent first base. I actually wouldn't mind seeing him back next year. The photoshop on this one is actually pretty pass-able as well. 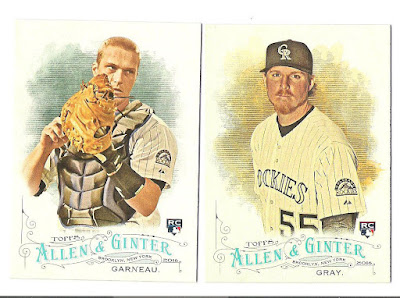 Some rare Ginter on this blog, a couple rookie cards with Jon Gray and Dustin Garneau with a rare in game shot from Ginter, even if it is the same photo as his flagship card. 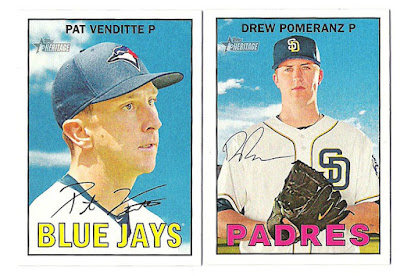 and a couple not-rockies with Pat Venditte and Drew Pomeranz from Heritage. Probably Pomeranz only card with the Padres and probably Venditte's only Blue Jays card.
Posted by Rosenort at 17:04