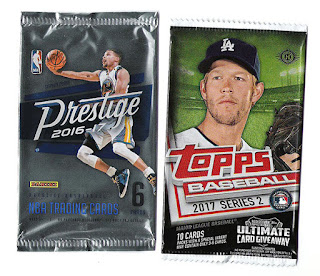 My LCS is lacking in a few things, first off it's about a 90 minute drive away (more my fault than theirs obviously), everything is super expensive (mostly due to the Canadian dollar being so weak), for a variety of reasons their selection is very poor. It's located in a mall and about 90% of the store is shirt, signed photos, pucks and anything else you could dream of slapping a team logo on, so I don't think cardboard really pays the bills. My missing this trip was to get some packs. My first choice, Topps Archives was sold out, so was Heritage (thanks Aaron Judge). I don't think they ever got Diamond Kings or Donruss in, and I am not opening any more Gypsy Queen out of protest for ditching minis. I looked at the football and all there was for 2017 was Score. So Series 2 it was. I had not planned on opening and flagship this year because I hate the design and the parallels are weak, but my will was even weaker as I picked up and 20 bucks with of loose packs. 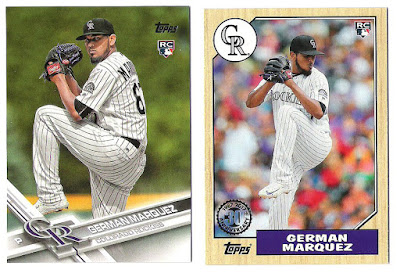 These came from the same pack and were the only two cards crossed off my admittedly small want-list. I have to say I really like the 1987 design and the choice of the "CR" over the mountain logo gets a big thumbs up from me. 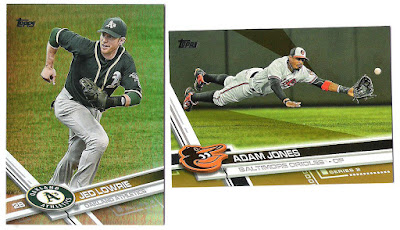 These were my parallels, the foil are ok, but the Gold border sucks, what is up with the random triangle at the top? 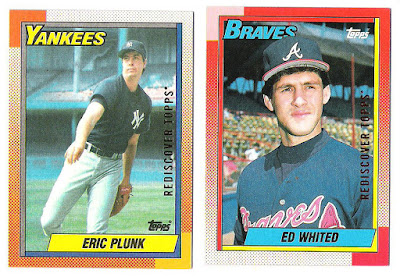 I also pulled a couple buybacks, both from 1990, I think the Plunk is gold and the Whited is red or bronze. 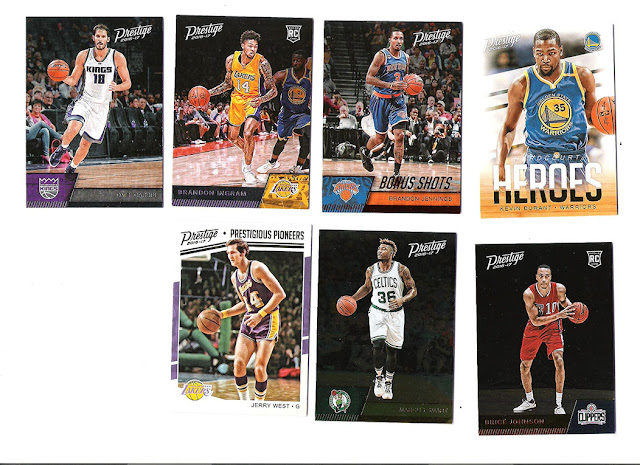 Omri Casspi was my lone King, the Brandon Jennings is numbered to 75 and the Smart and Johnson card are of the Metalized parallels.

Everything other than the Marquez cards are for trade so I have about 90 Series 2 base and about that in Prestige basketball, if you need any let me know.
Posted by Rosenort at 16:23