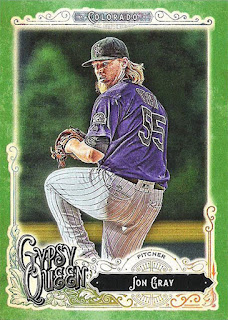 I can't think of a clever title or opening sentence, so right down to business. TCDB, still not in love with it, but it keeps some trades coming in, like this one, that had a Green Jon Gray parallel. I still don't like 2017 Gypsy Queen (BRING BACK THE MINIS), but I will probably be adding some in trades. 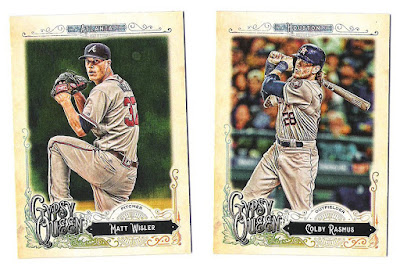 Speaking of 2017 Gypsy Queen, some set help here, as I close in on the non-sp base set. 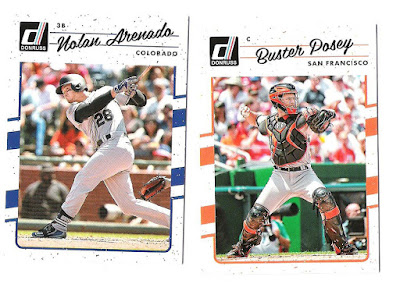 These I do like, 2017 Donruss, one thing about unlicensed sets is that the catcher cards usually look good. 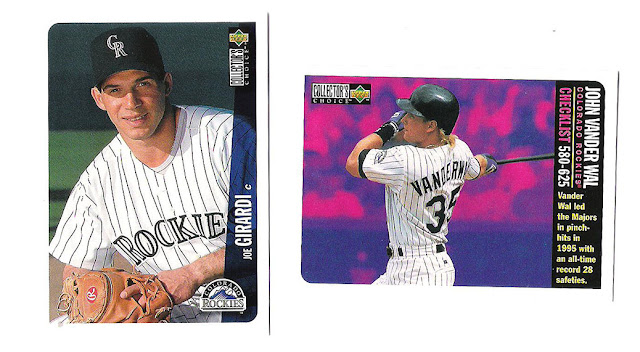 The Rockies of my youth, Joe Girardi before he turned to the dark side and John Vander Wal who felt automatic pinch hitting in 1995, and probably the only time I have seen hits called safeties. 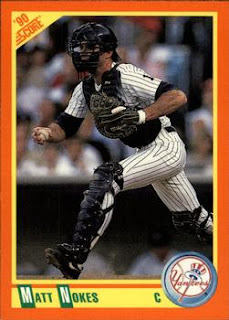 and Matt Nokes from 1990 Score Rookie & Traded for the catcher that played before the Rockies collection.
Posted by Rosenort at 20:12